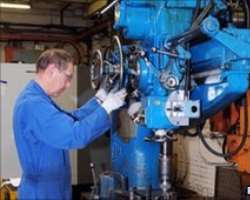 The UK economy continued to grow in the second quarter of this year, according to a survey by the British Chambers of Commerce (BCC).

The organisation, which collected data from 5,600 businesses across the country, predicted growth for the three months to the end of June of between 0.6% and 0.7%.

However, serious concerns over sustained recovery remained, it warned.

It found that the service sector presented the biggest worry.

“This is very much a tale of two sectors,” said David Frost, director general of the BCC. “Manufacturing is performing far better than services.”

He added that the BCC was pleased with the coalition government's first Budget, announced last month.

“What businesses have continued to tell us is they wanted the government to deal with this huge deficit and clearly the emergency budget went down well with our members because action was taken,” he said.

“But equally business knows that it's going to hit them in major parts of the UK.”

Rise in exports
The BCC's members reported sluggish growth in retail and services, which account for around three quarters of the country's gross domestic product.

Another, more tangible problem was the rising cost of raw materials, cited by 80% of its manufacturing members as putting pressure on prices.

Set against that, manufacturing export sales rose to their highest level in almost four years, largely thanks to what the BCC called a “more competitive exchange rate”.

The survey comes two days before the Bank of England's Monetary Policy Committee, which is responsible for setting interest rates, is due to give its latest decision on what they should be.