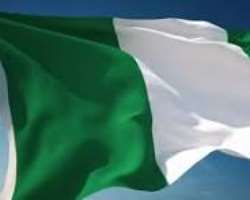 On the surface, Nigerian Government has failed the youths and not even only the youths but also Nigerians in an irrefutable way. In my previous piece, titled; “Are Experts Already Made or Trained?”I made mention of some of the ways in which the government has failed the youths such as insecurity, unemployment, lack of infrastructure among others. This failure on the part of the government has brought about societal unrest and social-economic downturn which in effect has landed many citizens into poverty.

Notwithstanding, if we look beyond the surface and reassess our thoughts, we will realize that the youths are contributing one way or the other to the societal unrest. It may not be wrong then to assume that the failure is from the scratch

The rate at which the youths are sparking up moral decadence these days is quite outrageous. Although it will not be accurately correct to say all the atrocities committed in the country is by the youths but to some reasonable extent, the youths contribute a chunky part of it.

During Election, the youths are mostly the ones who wield power negatively and at times harmfully. They forget their worries, forget that the politicians only need them during election and after which they cease to exist in their minds, they trade the people’s trust for the little amount of money they receive from the politicians during elections, steal ballot papers and boxes, causing pandemonium in order to put those who eventually inflict them with suffering in power after which they clamour for change immediately they realize their mistakes.

Also, indecent dressing among the youths is becoming too rampant that if urgent caution is not taken, very soon, some youths will be walking naked on the street. Exposure of the private part is no longer a big deal in the higher institutions of nowadays. Even little girls within the age range of 13-15 are found in this despicable act. It is usually said that “charity begins at home” but then, some parents are unaware of what their children are doing out there. I used to believe that there’s no way a child will leave the confine of the parent’s home without the knowledge of the parents concerning his or her mode of dressing until I encountered a young girl of about 14 years, with a very short skirt which almost put her underwear on display, but then on a closer look, I realized that she tucked away the skirt in order to make it appear shorter so as to attract her male counterpart with whom she was dancing. Such child left home with a long or moderate length skirt but ended up with underwear revealing one. Such and many more are what we see in our Universities these days and that explains why there is increase in rape in our society today.

Furthermore, 90% of the people who are in secret cults are youths, secret cult used to be a group of people with common thoughts and aspirations, fighting for human rights in the past, these days, reverse is the case, even some of the youth leaders in our institutions today are members of secret cults, they cause havoc every now and then in our society, wasting lives, killing themselves and the innocent ones, leaving indelible marks of sorrow on the hearts of their loved ones. In fact, they have turned themselves into terror in our higher institution, chasing themselves during broad day light with guns.

The very first day I stepped my feet into one of the Nigerian Universities, I almost erased the thought of furthering my education because it was a terrible day. I accompanied my sister to class, on our way back to the hostel, there was a drastic change in the serenity as terror took over. People were running helter-skelter, looking for a place to hide, my sister and I took to our heels, not knowing exactly where we were heading. It was when we got to the hostel that we realized we ran through the bush where she said they normally had their meetings. That very day alone, two people were killed, innocent ones. We keep saying there’s insecurity in the country but are we not part of those perpetrating the evils?

In addition, cyber-crime or internet fraud is now the new normal among the youths and whoever is not involved in such crime popularly referred to as “Yahoo” is seen as in-exposed. A Yoruba adage says “Whoever doesn’t know the way to success like his/her mates will keep running helter-skelter”.

But then internet fraud should not be our way out. Even some of the music we listen to these days no longer provoke the right thoughts in us, we now listen to music which promote internet fraud, drug abuse, prostitution and the likes. Although there are no jobs in the country, but there are many ways to kill a rat. There are trades or handiworks that can be learnt within a short period of time which will in turn yield income in no time.

Moreover, Banditry, Kidnapping and Robberies which has now turned out to be the order of the day are anchored by some of our youths these days. We have lost our peace in the country due to the aforementioned reasons, although times are hard, but then, should we resort to all these bad acts? It is more or less like making life harder for the already weary people. We all are stressed up already, so, why are we still adding salt to the sore injury? One can no longer move from one place to another without giving one’s family a second thorough look in case it would be for the last time due to killings related to banditry, kidnapping and robbery. Talk less of prostitution indulged in by both young and old.

Now looking beyond the surface, we will realize that it is not only the government that has failed this country, not even only the youth, each and every one of us should start looking beyond the surface because we are the ones creating the insolvable problems for the government and in return raising an alarm for redress. Even though the government is indeed failing us, can we also say that we are without blemish? We also need to bear in mind that we are the ones involved in these dastardly acts and we are also the ones at the receiving end sooner or later, the future will come knocking and we will be the ones in power, in government, what will be the next generation’s reaction about us?

What foundation are we laying? Will our generation’s president by then be ‘sagging’? Or the first lady be walking naked on the street? Are we still going to be waiting for the ‘beautiful ones who are not yet born’ by then? If we truly need change, then, the change must start with us and by us and that is exactly when we can actually be in solidarity to fight our cause but regardless of the government’s failure, we are to serve our fatherland with ‘love’ and ‘strength’ and faith. Only when we grow in love and honesty, live in just and truth, shall we attain great lofty height and that’s when peace and justice shall reign.