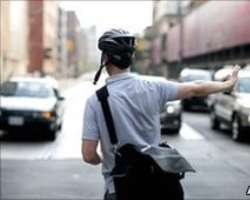 A fire at a transformer station in Toronto has plunged parts of the Canadian city into darkness.

Some 250,000 people were left without electricity for more than an hour during a heatwave, officials say.

The underground system was affected and there was chaos on the roads during the evening rush hour as traffic lights went out.

The blackout also briefly disrupted preparations for a state dinner for Queen Elizabeth II in the city.

However, the dinner, which was to be hosted by Canadian Prime Minister Stephen Harper at the Royal York Hotel, went ahead after a short delay.

'Trapped in lifts'
The fire that caused the blackout happened at Manby transformer station, western Toronto, at about 1645 local time (2045 GMT), officials say.

It adds that at the height of the outage, stranded commuters filled the streets as police – and sometimes pedestrians – directed traffic.

Some people trapped in lifts had to be rescued by fire-fighters, reports say.

There were no reports of any injuries.
The power began returning at 1800 (2200 GMT).
The cause of the fire was not immediately known.