South African Journalist Sam Sole On Landmark Court Victory: “2008 Surveillance Was The Tip Of The Iceberg” 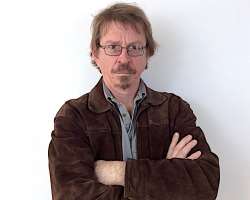 South Africa journalist Sam Sole, of the amaBhungane Centre for Investigative Journalism, spoke to CPJ about the 2008 surveillance he was subjected to and a recent landmark Constitutional Court ruling. (amaBhungane)
Listen to article

South Africa’s highest court, the Constitutional Court, handed down a landmark judgment on February 4 that not only protects journalists and their sources from surveillance abuse, but also upheld a lower court’s ruling that the insidious practice of the bulk interception of ordinary citizens’ data and communication is illegal.

The ruling, documented by CPJ, was the culmination of a four-year legal battle by top investigative journalist Sam Sole and the award-winning media outlet he co-manages, the amaBhungane Centre for Investigative Journalism.

In an email interview with CPJ this week, Sole discussed the impact of the court’s decision, and said he believes the 2008 surveillance that he was subjected to while reporting on former President Jacob Zuma’s legal woes–and which formed the basis of his court application–was only the tip of the iceberg. The interview has been lightly edited for length and clarity.

As investigative journalists, we had long been concerned about the potential chilling threat – on sources and journalists – posed by the surveillance of journalists. We had reason to believe that our communications had been monitored, but we had no proof. That changed in 2015 in the course of the “Spy Tapes” saga, when evidence was disclosed that one arm of the state’s security apparatus – the National Intelligence Agency (NIA, now the State Security Agency) had spied on another arm – the Scorpions, who were investigating Jacob Zuma, then deputy president and later president.

Among the details shaken loose by litigation (in which we were not involved) were official transcripts of several communications I had in 2008 with advocate Billy Downer, the lead prosecutor in the Zuma case. We used this to lodge an access to information request with the NIA to establish the legal basis for the interception. The NIA released only two documents, being two renewal orders signed by the “designated judge” that in terms of our law authorizes legal interceptions. This showed that my communications had been monitored for at least six months. The NIA refused to disclose the motivation used to persuade the judge to grant the interception order.

This led us to look closely at the safeguards incorporated in RICA to prevent abuse – and we found the legislation grievously wanting, not only with regard to targeted interception authorized by the judge, but also with regard to what is known as “bulk interception,” whereby massive surveillance and data retention takes place, for which we could find no authorizing statute. On the basis that it was in the interests of journalism, but also in the broader public interest, we decided to mount a constitutional challenge.

[Editor’s Note: CPJ contacted State Security Agency spokesman Mava Scott for comment via email and messaging app but did not receive a response.]

Why is the judgment by the Constitutional Court such a big win for local journalists?

The court struck down RICA on all the key points we had argued – as well as ruling that bulk interception was not authorized by any law. The framework of objections that it set out will mean Parliament will be quite tightly constrained in drafting a new law. The court also recognized that journalists, like lawyers, have special duties of confidentiality. That acknowledgement of the duty to protect sources was an important gain, as there is no formal “shield law” in South Africa – and this duty has frequently been contested by the authorities.

This case was also a vindication of amaBhungane’s policy of “activism for journalism” in which we are not afraid to lobby and fight to protect and expand the terrain that journalists need to do their job well and to hold the powerful accountable.

The Constitutional Court has given the South African Parliament three years to remedy the defects in the law. Does this mean that the interception of journalists’ communication is still open to abuse?

The court provided two interim orders that provide significant protection in the interim. Firstly, it ruled that the subjects of surveillance must be informed of the fact of their surveillance within 90 days of the expiry of the interception order, though this can be extended on application to the judge. As we argued, this alone represents a powerful disincentive for abuse. Secondly, if the target is a journalist or lawyer, the judge must be informed of that fact and must take it into account in deciding whether the order is justified.

Did the revelation that you had been spied on damage your relationship with confidential sources and whistleblowers?

No not really. South Africans are pretty paranoid about this sort of thing and as journalists we have assumed that we are targets and therefore need to take measures to protect particularly sensitive sources.

It appears that I was targeted specifically, as part of a wider surveillance effort against the Scorpions, though we still don’t have a clear picture. My phone calls and emails were monitored.

If you’re comfortable discussing, can you explain the psychological impact of the surveillance? Was there a chilling effect? Any mental health implications?

There’s a stress effect. Part of our complaint upheld by the court was that there are virtually no safeguards for this information–at least six months of my life–being shared and misused for the purposes of leverage against a journalist or their sources.

Have you been targeted in any other way in an attempt to intimidate or discredit you because of your investigations? If so, how?

Yes. I suspect the 2008 surveillance was only the tip of the iceberg. There was a formal attempt to implicate me (quite wrongly) in the leaking of a document that was used to discredit the Scorpions, the so-called Browse Mole report. There were at least two attempts to get a friend or professional acquaintance to report on me. There was an abortive plan by police intelligence to launch separate raids on myself and my co-director, Stefaans Brümmer, during which drugs would be “found.” My hired car containing confidential documents was stolen from the relatively secure parking lot at my then employer, the Mail & Guardian.

[Editor’s Note: In May 2009, the Mail & Guardian newspaper, Sole’s then employer, filed a complaint with Inspector General of Intelligence Zolile Ngcakani about Sole and his colleagues being subjected to alleged spying and smear campaigns by the NIA and police crime intelligence, but they were told that nothing illegal was done because the authorities followed a process ordered by the designated judge, as Sole described in an interview with Privacy International. “We didn’t receive confirmation whether we had been spied on, all that we were told was that if anything happened it was legal,” he said.]

[Editor’s Note: CPJ emailed Brigadier Mashadi Selepe, a spokesman for the National Police Commissioner Khehla Sitole, but did not receive a response. CPJ tried to call his cellphone but got a message saying the number did not exist.]

There is a global debate about granting governments backdoor access to encrypted communications. What do you think about this? How has your experience contributed to your perspective?

I think the evidence has shown that bad actors make use of such inbuilt vulnerabilities–and that therefore the supposed public security benefit of such backdoors cannot justify their negative impact on the right to private communication. On the whole, I am very dubious about the public benefits of spying that is not directed at clear criminal conduct, for the purpose of gathering evidence. In the absence of the purpose of building a criminal case, spying inevitably becomes a political game that hides its objectives, its abuses, and its failures behind a cloak of exclusivity and secrecy.

[Editor’s Note: Quintal is a member of amaBhungane’s board of directors.]

Angela Quintal, CPJ’s Africa program coordinator, worked as a journalist for more than two decades in South Africa, including as editor of the Mail and Guardian. She is a former secretary-general of the SA National Editors’ Forum, edited The Witness and The Mercury, and was presidential correspondent during Nelson Mandela’s term as South Africa’s first democratically elected president. Follow her on Twitter @angelaquintal.