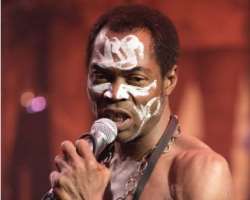 There is no denying the fact that music has existed for centuries, and has the record of being the most condemned medium of entertainment as it is widely considered to be a source of noise pollution. Even though the most condemned as a noise pollutant, it has spread faster than other sources of entertainment and relaxation could catch up with and outlived them. Its soothing and therapeutic power is even at the moment been felt by millions of people all over the world. Little wonder it is said that “Music can heal the wounds which medicine cannot touch”, and again, many music lovers believe that “Music is the food of love”.

In as much as music is universally acknowledged to be a source of healing as witnessed in the biblical days when David was called upon to play Harp for Saul who was plagued by an “evil spirit from the Lord”, it can as well be used to address socio-political and socioeconomic issues as demonstrated in Jamaica where reggae music blew up with a bang to the resistance movement against imperialism in the 1960s. It started in Kingston, Jamaica, and conquered the world and acquired an emblematic Rastafarian character, even if an understanding of its fundamental nature is still lacking.

In the same vein, in Nigeria, the late Fela Anikulapo Kuti was famous for pairing his music with human rights activism until he passed on to glory in 1997. One of his legacies that no musician is yet to equal, not to talk of surpassed is that he stood against bad leadership, particularly when people-focused and programmes are ignored by the government. Fela, no doubt, for the umpteenth time engaged in activism to his own detriment as it was often at great personal cost to his family and band members. Yet, he was never cowered. Rather, he, throughout his career remained the “Abami Eda” he aptly called himself. For the sake of clarity, Abami Eda is simply a Yoruba phrase that roughly translates to “the strange one”.

It is with nostalgia that this writer recalled the lyrical exploits of several music activists, other than Fela. Their names cut across Ras Kimono, Peter-side Ottong, Mandators, Isaac Black, African China, Sunny Okosun, Eedris Abdulkareem and many others whose lyrics were in their days stirred by bad leadership.

It is not an exaggeration to say that unlike Fela, whose music has always been mentioned as a source of inspiration by many Nigerian musicians, that today’s musicians, who are mostly youths, hardly produce ‘conscious’ music or ‘political’ music that speaks against the state of the country and other social ills. Given the musical exploit of Fela, who trudged the lyrical trenches; from ‘Zombie’ to ‘V.I.P Vagabonds which were two of the albums, among many, that he used to address the ills of society in his lifetime, not few Nigerians are asking why contemporary musicians have not followed in the path of activists such as Fela whose lyrics were collectively used as a vehicle for protest and change. The question many are asking is, “Are contemporary musicians afraid of the government?”

Without resort to denigrate any of our contemporary musicians, it is expedient to recall in this context that sometime in 2017, precisely in January, exactly 3 years ago, a popular Nigerian musician Tuface Idibia was to participate in a protest against the Muhammadu Buhari government. Tuface’s anticipated presence in the protest ignited a lot of buzz and conversations online. Many youths were ready to come and join in the protest but at the last minute, Tuface pulled out; without any scintilla of hyperbole, it was an action many taunted. There was a heated debate around Nigerian musicians and how they tend to distance themselves from any sort of activism going on in the country. Not few Nigerians tauntingly called Tuface a coward and compared his actions to the bold actions of Fela Kuti who constantly challenged the government.

At this juncture, it is expedient to ask, “Why are contemporary musicians shying away from protest music?” Some schools of thought have answers to the foregoing question as they are unanimous in their views that the restoration of democracy in 1999 quenched the fire of protest music in Nigeria as it paved the way for the mushrooming of human rights activism bodies and human rights activists who now play the role protest musicians ought to have been playing through their lyrics. Again, the fear of illegal detentions without trial unarguably scared some of the musicians away from protest genre of music.

In my view, the near-extinction of Nigerian reggae and afrobeat music which were the chief protest genres against bad leadership or rather bad governance in the 1980s and 1990s contributed to the absence of protest lyrics. The situation now is that the missing lyrics of protest songs has become the bane in the sub-sector of the entertainment industry.

As it is today, it is very obvious that active players in today’s music merely wax songs that will line their pockets and top up their bank accounts. Against the foregoing backdrop, it is not a misnomer to say that massive endorsement deals from blue-chip companies, to sponsorship of music events opened up new vista of revenue for them, and thus led to proliferation of mega-rich pop stars. With the enviable economic prospect that is inherent in music, pop music emerged as the dominant genre of music in Nigeria to the disadvantage of protest songs.

Paradoxically, the new money came with a price as Nigeria’s leading artists now appear mostly detached from the realities facing ordinary Nigerians. It seems they would rather engage with lucrative political patrons than stand with the people against bad governance and corruption. A pop star who throughout a political campaign performed at every whistle stop during a campaign train will unlikely have the moral justification to find a voice to condemn the politician he campaigned for, just the same way he cannot campaign against the political party such politician is affiliated to.

To my view, it is high time our musicians eschewed the “butter and bread lyrics”, and speak truth to bad governance. Elsewhere across African continent, artists are increasingly tapping into the frustrations of the youths. Understandably, leaders, threatened by this musical momentum, are trying to silence their collective voice as we all have witnessed in the case between the popular musician-turned-parliamentarian Robert Kyagulanyi, aka Bobi Wine and President Yuweri Museveni in Uganda. To me, the threat of despotic leaders should not in any way scare them as the world would always watch what is going in every country.

It is germane to note that Wine’s popularity among his fans was enough to catapult him from self-styled “Ghetto King” to an elected lawmaker. Sequel to the election he just lost to President Museveni few weeks ago, he was in the news at the time of penning down this piece urging the international community to back up concerns over the country's disputed elections with “strong actions" against Museveni's government.

It would be recalled that Wine, in 2017, in an election electorally thrashed out the ruling party and opposition party candidate to win his seat as a parliamentarian. Moving from the stage to parliamentary benches, Wine’s message has remained the same, speaking out against corruption, social media taxation through his protest music. To my view, this is not the time for musicians in this part of the world to continue singing lyrics that sound like “Wine your waist” or “Beremole” and “If you live me I go die”. They should sing about issues that can better the economy and the lives of the youths.

In as much as this view will be of help to our contemporary musicians, and some of their fans who urge them on to realize that the interaction between music and politics is neither positive or negative, it is germane to inform them that music can be used to spread national pride, isolate groups of people, or challenge societal standards. Music is memorable and universal, making it one of the most common ways to spread different ideas. All of us are affected by politics, so regardless of whether or not you are a musician, dancer or a writer, it is important to be aware of the power of music to shape our belief systems.

Music goes beyond eulogizing the beauty of a woman in the similitude of Songs of Solomon in the bible. Rather, as a communication student, I learnt that music certainly is not a universal language in the similitude of other medium of expression, rather, it can be used to express any thought to any person on the planet. For instance, when blues genre of music is played by two birds in isolated place, the message can easily be decoded. In the same vein, whenever “Jaga Jaga” by Eedris Abdulkareem is played to the listening ears of a corrupt politician or leader, the message will no doubt get straight into his head. With the foregoing examples, there is no denying the fact that music does have the power to evoke deep primal feelings, just like writing, at the core of the shared human experience. It not only crosses cultures, it also speaks truth to power.