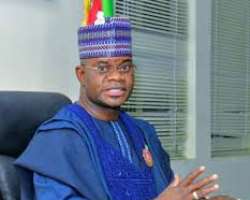 The All Progressives Congress, A.P.C., which has been the ruling party in Nigeria since 2015 was formed ahead of the 2015 general elections as a child of necessity and an imperative change agent. Four different political parties namely Action Congress of Nigeria, A.C.N.; All Nigerian Peoples Party, A.N.P.P.; Congress for Progressive Change, C.P.C.; and a faction of All Progressives Grand Alliance, A.P.G.A., came together in what passed for a mega political merger to form the A.P.C. The A.P.C. effectively aggregated the strengths of her diverse members and effectively channeled same to the common purpose of clinching power at federal and state levels. This historic effort paid off as power changed hands at the federal level not only between individuals, but also between political parties for the first time in the history of Nigeria. Indeed, there is great strength in unity!

However, the saying that it is more difficult to manage success than it is to manage failure seemed to be true about the All Progressives Congress, A.P.C., in Nigeria. In a space of two years (2015 - 2017), conflicting interests of the diverse people that merged to form the A.P.C. metemorphosed into a centrifugal monster which cost the party states like Adamawa, Bauchi, Edo, Oyo et cetera; and made the second journey of A.P.C. to the presidency an anxious one in 2019. The same conflict of interests equally consumed the Adams Oshiomole - led National Executive Council of A.P.C. and gave rise to the present Governor Mai Mala Buni - led National Caretaker Committee of All Progressives Congress. In the course of these tempestuous interactions, many cherished individual ambitions and group expectations were dashed; big toes were stepped on; beautiful feathers were ruffled and nerves were frayed. All these have left cracks on the walls of the ruling party.

It is the need to soothe the frayed nerves of some party faithful, mend the cracks on the wall of the party and reinvent the strength of the party which lies in its unity that necessitated the National Member Registration Exercise approved by the A.P.C. Caretaker National Executive Council led by Governor Mai Mala Buni. Through this National Member Registration Exercise, the All Progressives Congress intends to harvest new members across the nation, open her doors to those who left the party for one reason or the other and revalidate the membership of existing party faithful. This is important to the All Progressives Congress which philosophy is that power belongs to God who dispenses it through the people. To ensure that the aims and objectives of the National Member Registration Exercise of the A.P.C. are effectively achieved, the A.P.C. Caretaker National Executive Council set up the Registration Committee and the Mobilization and Sensitization Committee for Women, Youths and People Living With Disabilities.

Expectedly, the job of steering the affairs of this latter strategic committee otherwise known as APC National Mobilisation and Sensitization Committee fell on the broad shoulders of the ebullient governor of Kogi State, His Excellency, Governor Yahaya Adoza Bello. By this development, Bello who is also known as the "White Lion" and members of his 12-man committee have literally become the twelve apostles of the All Progressives Congress. By the nature of the Mobilization and Sensitization Committee's terms of reference and itinerary, G.Y.B. (as Bello is fondly called) and his team are charged with the duties of traversing the length and breadth of the country; sensitizing the core segments of the Nigerian populace on the achievements and prospects of All Progressives Congress for Nigeria; and ultimately mobilising them to register as members of the party. In other words, G.Y.B. and his team have become "fishers of men" for A.P.C. in Nigeria. Some members of the Mobilization Committee

From all indications, the job of the committee, especially the aspect that involves persuading estranged and complacent members of A.P.C. to fully return to the party requires a lot of charisma, energy, commitment and tact to be carried out. There is no doubt that Bello and members of his team have these qualities, hence their appointment by the eagle-eyed leadership of the All Progressives Congress. Beyond the challenges of logistics, the current spike of Covid-19 in the country is an impediment to social interactions especially in the face of the new executive order promulgated by President Muhammad Buhari. However, it is heartwarming that Bello and his team are not deterred. As lawful citizens and in consonance with the corporate image of A.P.C. as a law-abiding political party, Bello's committee has promptly modified their mode of operation and rule of engagement. The committee is thoroughly exploiting virtual, electronic and new media platforms to pass its messages to the people. The result is that physical interactions which are compulsorily compliant with Covid-19 safety protocols have been reduced to the barest minimum.

With the launch of the All Progressives Congress' National Member Registration Exercise in Daura by President Muhammadu Buhari on 30th Jan 2021, the entire Nigerian population is targeted by the G.Y.B.'s committee for the A.P.C. It suffices to say that the task before the Bello committee is not a light one. As the A.P.C. National Committee for Sensitization and Mobilization of Youths, Women and People Living With Disabilities scale through the challenges of their assignment and traverse the landscape of Nigeria, it is necessary that all members of the All Progressives Congress, especially those who feel ruffled in the previous power play should bury the hatchet and give them full cooperation. This is important because in the reinvented All Progressives Congress which the committee seeks to achieve, opportunities will abound for all to actualise both respective and collective expectations as the party moves to the "Next Level".