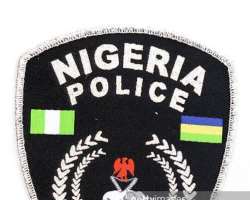 Just at the beginning of this week, the tenure of the Inspector General of Police, Mohammed Abubakar Adamu, came to an end after serving the Nigerian Police Force meritoriously for thirty-five years.

Even though, much may not be said of his tenure as the boss of the nation's internal security outfit which spanned tow years. This is considering the rise in crimes andcriminal activities among other things, nonetheless, by legal tenets and by virtue of the importance of the police in maintaining internal security, a replacement was due to for the position to prevent it from being vacant for a prolonged period of time.

However, in matters relating to appointments of national officials, the country had relied on the maxims of the principle of federal character which posits that all federating units in the state must be duly and equally represented in the federal cabinet.

Apart from this, the Nigerian Police Force as one of the main security outfits maintaining internal peace should be manned by capable hands that will assist the office in achieving its objectives. This brings to fore the question: "WHO IS NIGERIA'S NEXT INSPECTOR GENERAL OF POLICE"? The essence of this question is important considering a plethora of reasons.

One, Nigeria is made up of different tribes and matters relating to national appointments must be treated with maximal care to prevent the upsurge of inter-tribal conflicts. Secondly, the current administration headed by Muhammadu Buhari has shown by its actions and utterances that some tribes are to be given higher advantages and privileges than others for reasons the writer of this piece will not be able to highlight.

Nigerians will not be quick to forget the statement made by the President in the early days of his first term that regions that gave him meagre votes shouldn't expect to be treated equally with regions that gave him maximal votes. By logical analysis, it translates to the fact that some categories or groups of people will be given juicy appointments when compared to others. More than five years down the line, Nigerians can attest to it that thePresident has duly fulfilled what he said even when it seemed at the initial stage that he could only have said it in an accidental manner.

Several appointments which were meant to be shared evenly had been contrasted mainly in the northern axis. Many heads of the nation's security architecture had either been Muslims or core northerners. This has raised concern as to whether the President was Presiding over northern Nigeria alone or the country in its entirety.

One then begins to wonder the essence of establishing a government organisation saddled with the responsibility of promoting equity and fairness with respect to appointing officials in the national cabinet when it is evident that the body only exists in theoretical terms and not in the practical aspect.

The marginalisation of certain tribes of the country especially in national appointments have continued to be one of the many issues ravaging Nigeria's polity. For reasons unknown, the recent appointment of the nation's service chiefs also generated heated arguments and controversies which I wouldn't want to unravel in writing this piece.

While is of utmost importance to acknowledge the fact that an individual's tribe or ethnic groups doesn't have anything to do with his or her performance. Notwithstanding, the social, Cultural, economic and political lines which have been used to divide Nigeria long before the days of independence from colonialists are one out of the many reasons all federating units must be considered with respect to making national appointments.

After all, several of the nation's leaders both past and present have emphasized the essence of oneness as captured in the last line of the national anthem, the national pledge and the national motto respectively. This is also one of the reasons General Yakubu Gowon established the National Youth Service Corps to inculcate the rare values of oneness especially among the young generation who are the future and hopes of the country.

As the entire country seeks answers to the question of who takes the mantle of leadership of the Nigerian Police Force, I do hope the nation's policy and decision makersfollow them tenets of the instrumentality of law and basetheir selection on performance appraisal and not on political propaganda.

This will prevent the emergence of mediocre appointments and it will strengthen the morale of the rank and file ofofficers of the Nigerian Police Force in combating crimes and criminality which have been the bane of progress and development in more recent times. Until the announcement is made the motto remains:

"UNITY AND FAITH, PEACE AND PROGRESS".