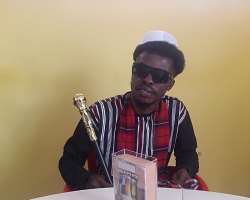 Biafra Nations League, BNL, has frowned at the Leader of the Indigenous people of Biafra, IPOB, for saying that the Hausa people are well behaved unlike the Fulani, in rejecting his claims, National Leader of BNL, Princewill Chimezie Richard while addressing reporters in Uyo, Akwa Ibom State stated that the Hausa people are perpetrators of street violence in the north, while the Fulani are attackers of of farmers and villagers, he recalled the Kano riots in 1956, and disclosed that streets violence against Igbos and other eastern tribes in the north were immediate cause of the Biafran war. "No no no, I do not subscribe to that, you can't differentiate a Hausa man and Fulani by character, they are easy to kill, we have suffered street violence in the hand of Hausa people, you only see Fulani in the bush or lonely places looking for who to attack, but the Hausa are in open markets, junctions, and they fight dirty, we don't need this statement for now, nobody in the north is a saint even the middle belt who are today victims of Hausa and Fulani violence have not shown rumors for what they did during the war".

He warned Biafra agitators to stop making the struggle look like an ethnic struggle between Igbo and Fulani adding that the problem of Biafra is beyond ethnicity, "In as much as we are conscious of the Fulani attacks, the struggle is not about ethnicity, it is beyond tribal war, the Northern oligarchy are in charge of the government, we cannot exempt any people especially Hausa and Fulani".

Meanwhile, BNL has warned that the continued killings in Orlu , Imo State by Nigeria Soldiers could result to unrest and more trouble from other part of the Eastern region, adding that members and supporters of the struggle are ready to give their lives.

Biafra Nations League, BNL, is a group whose members are mostly from the South South, especially the Bakassi Peninsula, and other Cameroon border towns.