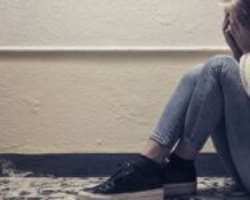 A 20-year old married woman identified as Believe (surname withheld) from Akwa Ibom State, has demanded for justice after she was allegedly raped by one Ogechi Uchendu at Mgbuitanwo in Emohua Local Government Area of Rivers State.

Mrs. Believe, in an interview, said the husband's friend, Uchendu, who is a native of the community, came to their house in the evening of January 13, 2021, pretending to see the husband.

According to Mrs. Believe, the suspect called her attention minutes later and asked her to open the door and take a bunch of plantain he had brought to his friend (her husband).

The victim stated she opened the door and took the plantain to the kitchen and while she was coming back the husband's friend held her and told her to comply or he would kill her.

She said despite all plea, the man dragged her and allegedly raped her on the floor at the corridor.

Confirming the incident, youth president of the community, Chinedu Jeremiah, said the suspect was arrested by the youths two days after the victim reported the matter to him and he was immediately handed over to the Rumuji Divisional Police headquarters in Emohua LGA.

Mr. Jeremiah said it was a taboo for a man to have sex with a woman on bare floor in Mgbuitanwo whether or not they are a couple.

The youth president described the alleged rape as a crime and sacrilegious in the community.

He said the suspect was handed over to the Police because the youths under his leadership, hate criminality irrespective of ethnicity.

Meanwhile, a human rights advocate, Prince Wiro, who is also the Secretary of Board of Trustees, Centre For Basic Rights Protection and Accountability Campaign, has called for a comprehensive investigation into the incident to determine the level of culpability of the suspect for possible prosecution.

As at the time of filing this report, Uchendu, 43 years of age, was detained at Rumuji Divisional Police headquarters.

However, the State Police Public Relations Officer (PPRO), Nnamdi Omoni, a Superintendent of Police (SP), has confirmed the incident.

Omoni stated that the suspect was in their custody and investigation was ongoing. (Daily Sun)