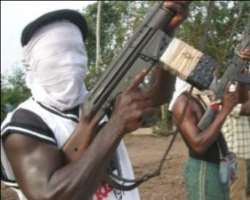 The News Agency of Nigeria (NAN) reports that the don, who is also the Wazirin Wusasa, was abducted Sunday night at Wusasa, Zaria, Kaduna State.

Mr Usman Aliyu, another son of the kidnapped professor, told newsmen in Zaria that the incident took place on Sunday at about 10.30 p.m.

He said besides kidnapping his father and killing one of his brothers, they also shot Malam Abubakar Kabir, who is a younger brother to the deceased (Abdulaziz Aliyu).

Aliyu said no sooner than he returned to the family house at 10.30 p.m. on Sunday, he heard sudden gunshots and took cover by hiding somewhere in the compound.

According to him, when the gunshots stopped, he called out to one of his younger brothers who informed him that they (gunmen) had killed their brother and kidnapped their father.

He said the deceased had already been buried according to Islamic rites while the one shot was receiving treatment at an undisclosed hospital.

Alhaji Ahmad Amfani, the Ward Head of Kuregu, Wusasa, said the community made effort to reach some security agencies, but their effort was not successful as none responded to the distress call.

The state police command is yet to react to the development.

Meanwhile, the Kaduna State Government had also confirmed the report through its Commissioner for Internal Security and Home Affairs, Mr Samuel Aruwan.

Aruwan said in a statement on Monday that intelligence information said the bandits kidnapped Mohammed and killed his son. (NAN)