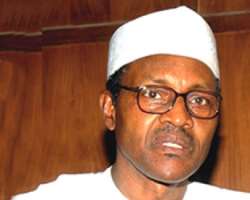 Socio-Economic Rights and Accountability Project (SERAP) has urgedthe Senate President Dr Ahmad Lawan, and Speaker of House of Representatives MrFemi Gbajabiamila to “urgently review the 2021 appropriation legislation to stop thegovernment of President Muhammadu Buhari from selling public properties to fundthe 2021 budget, and to identify areas in the budget to cut such as salariesand allowances for members and the Presidency to make sayings to address the growinglevel of deficit and borrowing.”

The Minister of Finance Mrs Zainab Ahmed had last week reportedly confirmed that the Federal Government would sell some-government-owned properties to fund the 2021 budget. This is in addition to the government’s growing borrowing also to fund the budget.

In a letter dated 16 January 2021, and signed by SERAP deputy director Kolawole Oluwadare, the organisation said: “The National Assembly has a constitutional and oversight responsibility to protect valuable public properties and to ensure a responsible budget spending. Allowing the government to sell public properties, and to enjoy almost absolute discretion to borrow to fund the 2021 budget would amount to a fundamental breach of constitutional and fiduciary duties.”

SERAP said: “Selling valuable public properties to fund the 2021 budget would be counter-productive, as this would be vulnerable to corruption and mismanagement. It would undermine the social contract with Nigerians, leave the government worse off, and hurt the country in the long run. It is neither necessary nor in the public interest.”

According to the organisation: “The country’s fiscal situation must be changed - and changed quickly - through some combination of cuts in spending on salaries and allowances, and a freeze on spending in certain areas of the budget such as hardship and furniture allowances, entertainment allowances, international travels, and buying of motor vehicles and utilities for members and the Presidency.”

The letter, read in part: “The time is now for the leadership of the National Assembly to stand up for the Nigerian people, stop the rush to sell public properties, push for a responsible budget, and support efforts to have the government spend responsibly.”

“SERAP urges the National Assembly to promptly work with the Presidency to fix the current damaging budgeting process and address systemic corruption in ministries, departments and agencies [MDAs]. Tackling corruption in MDAs, and cutting waste and salaries and allowances of high-ranking public officials would go a long in addressing the budget deficit and debt problems.”

“SERAP also urges the National Assembly to stop approving loan requests by the Federal Government if it continues to fail to demonstrate transparency and accountability in the spending of the loans so far obtained.”

“The current level of borrowing is unsustainable, which means that the National Assembly under your leadership can play an important role to limit how much the government can borrow in the aggregate. The National Assembly should urgently seek assurances and written commitment from President Buhari about his government’s plan to bring the country’s debt problem under control.”

“We would consider the option of pursuing legal action to stop the Federal Government from selling public properties, and we may join the National Assembly in any such suit.”

“The budget deficit and debt problems threaten Nigerians’ access to essential public goods and services, and will hurt future generations. If not urgently addressed, the deficit and debt problems would seriously undermine access to public goods and services for the country’s poorest and most vulnerable people who continue to endure the grimmest of conditions.”

“Our requests are brought in the public interest, and in keeping with the requirements of the Nigerian Constitution 1999 [as amended], the country’s international human rights obligations including under the International Covenant on Civil and Political Rights and the African Charter on Human and Peoples’ Rights. Nigeria has ratified both human rights treaties.”

“SERAP notes that the N13.58 trillion budget for the 2021 fiscal year signed by President Buhari on December 31, 2020 is about N505 billion higher than the budget proposed in October, 2020. The government is reportedly planning to borrow N5.6 trillion from domestic and foreign resources to fund the 2021 budget.”

“The deficit and debt problems can be fixed immediately if the National Assembly can exercise its constitutional and fiduciary duties to push for cutting salaries and allowances of members and the president and vice-president, and for transparency and accountability in the spending of the loans so far obtained by the government.”

“We hope that the above would help guide your actions to stop the government from selling public properties to fund the 2021 budget, propose cuts in salaries and allowances of high-ranking government officials, propose cuts in waste and corruption in MDAs, as well as ensure transparency and accountability in the spending of loans by the government. We would be happy to discuss any of these recommendations in more detail with you.”