Between School Resumption And Covid-19 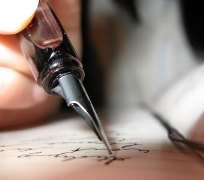 It is disturbing that as a country, we are still lost in the debate of school reopening despite the fact that we are in the 21st century. It needs to be made known that the fact that we are debating school re-opening shows governmental inefficiency and, it exposes, yet, again, the hypocrisy of this 'change' government, because, academic activities should not have been suspended if it were to be a government that is prepared for governance.

Considering the fact that this government rode in on the promise of 'change', one would have thought that genuine change will be witnessed in the country, but, unfortunately, the change has been from darkness to doom which is a testament to the fact that the change we were promised as a people is a cosmetic change of name, face and colour characteristics. Major General Buhari claims that education is a priority for him, but since he came to power in 2015, budgetary allocation to the educational sector has been reducing and he is now proposing a paltry sum which is less than 6% for this year, this has already been passed by the National Assembly. Meanwhile, this is pale in comparison with the UNESCO set-standard of at least 26% of a government's budget to be devoted to education.

I have said it on many platforms that we should discontinue fooling ourselves with that ignominious misnomer by regarding the country as "the Giant of Africa" because ours is only a Giant in reverse order. Ours is a country which has seen over two score years and is still unable to stand upright, let alone walk, much less run. Meanwhile, during the time of the departure of the British colonial masters, the country was considered as one of the emerging great nations of the world like the proverbial child of great promise. Unfortunately, Nigeria under today's dispensation has no worthy heritage to protect as our 'dealers' would want us to believe, what we have are merely corruption, kidnapping, bloodletting, banditry, legislative paedophiles, executive rascality, unemployable breeds of graduates amongst others.

With the evident failure of successive governments in the country to massively invest in the educational sector which would have prepared us for a time like this, it is going to be easier for the proverbial camel to pass through the eye of a needle than for this country to sustain any form of virtual learning because there are no such provisions on our campuses before this time.

I have read quite a number of press texts against the Academic Staff Union of Universities even by our much-celebrated heads of Nigerian Ivory Towers and I shook my head in disdain. It would have been permissible if such aggressive campaign were to be coming from the younger generation, because, many of them are yet to wake up to the reality that their beloved country is not just starting to wobble and fumble, it has been like that for decades. I find it pathetic that while many of us are trying all we could to educate the ill-fated younger generation in order to find a way out of the woods we have found ourselves as a people, we are getting more and more entrenched in it due to the collaboration between the State and their agents which include some persons in the academia that are agitating for school re-opening when it is evident that the government has not shown any commitment to ensure safe reopening of schools.

Indeed, the woes that hampered Nigeria's progress are not unconnected with our resolve as a people to keep quiet when we need to jaw-jaw and take decisive actions in terms of governance and our blind loyalty to party politics. Sanity is now being slaughtered on the slab of party affiliation and our people now throw dangerous narratives all in the name of political correctness to justify governmental failure.

It is not a gainsaying that government exists for the State and not the State for the government. Ironically, this government has neither for once being responsive nor responsible and all efforts to bring it to account has always been futile most especially with the activities of those conceited around the rocky height as sycophants.

The call for school reopening is an attempt to endanger the lives of both students and staffs on our campuses because, as it stands today, there is no safe haven that could serve as shelter for us against covid-19 except for each and everyone to take necessary precautionary steps which include but not limited to avoiding crowded place(s). And, in reality, there is no higher institution of learning in the country that can boast of not having over-crowded lecture theaters to the extent that students now have to sit on bare floor while receiving lectures. This is not to talk of inhabitable halls of residence.

In fact, it is not in doubt that the call for school reopening poses serious threat on both staff and students on our campuses and all assurances in the contrary by this government cannot be trusted, because this is a government that has failed to fulfil its electoral promises with the people of Nigeria. This is also a government which underfunds education and promotes policies of privatisation and commercialisation which is not unexpected from an anti-poor capitalist government which sole aim is to enrich itself and other members of the ruling class.

So, in order to avoid a situation whereby we would be made guinea pigs by this useless government, we must resist every plan to expose the citizens to danger of contracting covid-19 which school reopening poses. In fact, we must start an increased agitation for shutting down of public places while government make provision for palliatives.

To wrap it off, this is not a position against the dear need for resumption of schools, rather, a call to focus attention on how quality of education has been in jeopardy for decades and begs for fixing. The ASUU drama has been a pointer. We are in a delicate dilemma between choosing to resume physical classes amidst unguaranteed safety from the ravaging pandemic and a virtual class that would obviously lack technical know-how cum qualitative resources. The former is looking suicidal while the latter is further guaranteeing mass failure or poorly-baked graduates. However, the both conditions point to a common thing or cause, that is, a terribly underfunded education, and this is where Nigerian students should choose their fights wisely.