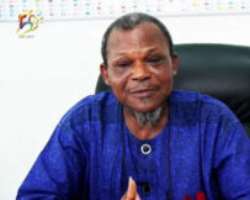 Kanu died on Wednesday after a brief illness at the age of 77.

A retired rear admiral of the Nigerian Navy, he was also a one-time military administrator in Imo State.

He was a pro-democracy activist and was one of the notable and prominent voices in the defunct National Democratic Coalition (NADECO), an organisation dedicated to the revalidation of the June 12, 1993, election of MKO Abiola which was annulled by the military administration of General Babangida.

Rear Admiral Kanu will also be remembered for his role in NADECO and constant criticisms of the military junta of the late Sani Abacha.