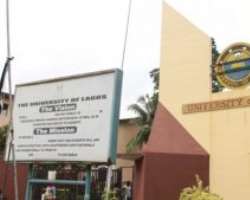 Two federal government-owned universities – University of Jos (UNIJOS) and University of Lagos (UNILAG) – have announced January 22 and 25, 2021 respectively for resumption of academic activities.

There resumption is coming after nine months of closure by the universities.

Federal government universities, like all others were closed in March 2020 following the outbreak of the coronavirus, but had closed following strike action embarked upon by memeber of the Academic Staff Union of Universities (ASUU).

UNIJOS in a statement by its Deputy Registrar, Information and Publications, Abdullahi Abdullahi, on Wednesday, said the reopening of the university was approved by the Senate of the institution at its 4th special meeting held on Monday, January 11, 2021.

According to the amended Academic Calendar, lectures would continue as from Monday, January 25, 2021.”

According to the statement, all the returning students and members of the University community should note that all the COVID-19 Safety Protocols will be strictly enforced as directed by the COVID-19 Presidential Task Force of the federal government.

Abudallahi specifically mentioned the use of facemasks, frequent hand washing, use of hand sanitizers as well as social distancing.

Similarly, UNILAG, in a revised academic calendar for the first semester of the 2019/2020 academic session released on Wednesday, said that lectures would end March 5 ahead of first Semester examination scheduled to begin March 15.

Students would be on break for one week to resume April 12.

The first semester result would be considered by the University Senate on April 28.

The university also rescheduled the 2019 convocation which was expected to hold March last year to February.

The convocation, which was cancelled at the last minute because of crisis between the university management and governing council under the erstwhile chairman, Dr. Wale Babalakin, will now hold February 23–25.

It would begin with the convocation Lecture on February 23, while the two-day convocation would follow on 24 and 25.