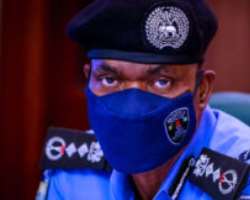 The Inspector-General of Police (IGP), Mohammed Adamu, has announced the the redeployment of 21 Commissioners of Police to new commands and formations across the country.

In the new postings, nine commissioners were posted to head State Police Commands in various parts of the country.

Force Public Relations Officer, Frank Mba, who is now a Commissioner of Police, maintains his position as the police spokesman.

Adeniran noted that the redeployment of the police commissioners was with immediate effect.