My Movement To Actualize Nigeria 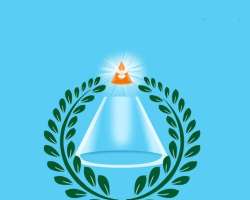 I believe we do have a leadership and governance crisis in Nigeria. However, my understanding and assessment differ markedly from the conventional perception, which is the way both crises are seen, understood, and experienced by Nigerians, including those at the helm of affairs.

Nigerians tend to think that they have not been lucky with good leaders. That is, people who pilot the affairs of the nation at the three levels of government, lack good leadership qualities, therefore, they fall short in delivering the fruits of good leadership. The general feeling is that these set of people in government are clueless. On the contrary, no administration in Nigeria history, including the present one, is clueless. Clueless suggests lack of any vision or agenda. This is clearly not the case with those who have led and are leading Nigeria. Every administration at the Federal and State levels have always come into office with specific vision and agendas. This is correct for both the military and civilian governments.

The civilians always had their set agendas before assuming power, even if they present a different one to the electorate during their campaigns for election. Because Nigerian governments have their own visions and agendas, they are not clueless. But their vision and agendas are at odds with the general inspirations and motivations of the population.

The inspiration and motivations of the leadership and people of Nigeria have never been in alignment, instead, they are always at odds. Sometimes the odds are so great they result in chaos, which tethers dangerously on the brink of armed conflict. This is the leadership crisis that has bedeviled Nigeria and is plaguing her now. There is disharmony in what the government desires and is doing, and what the people desire and wish to see accomplished.

While I do, unlike the general sentiment in Nigeria, credit Nigerian governments with having a precise vision and agenda of their own, though it breeds leadership crisis, being at odds with the aspirations of everyone else but those in power, they lack the capability to implement their own agendas. In fact, I’d say they are clueless in implementing their agendas. They adopt often woeful tactics and strategies. The disharmony between their aspirations and those of the masses means there is unwilling cooperation at best, and clear opposition at worst, with the general populace. As a result, they find it difficult to implement their agenda. This is the governance crisis: the lack of capability of an administration to implement their vision and plans.

Indeed, I have observed that absolute dictatorship can prevent governance crises. Yet, it cannot prevent or eliminate leadership crises because the latter emanates from the will of people, which is their mindset and natural tendency. A mindset can be subdued from manifesting at best. It can never be expunged. We might be prevented from expressing our inspirations, and manifesting our motivations, but they remain with us, buried deep in our hearts and minds. As long as they remain with us, they will always look for a way of expression and manifesting.

Consequently, the specter of rebellion always looms in any suppressive system of exercising authority. The will cannot be suppressed indefinitely, hence dictatorships are bound to collapse. It is not an option for preventing governance crises. It is not viable, it is deplorable because it suppresses the will, which is like breathing. A viable alternative is a leadership style that allows the natural tendency of any people to flourish, by availing them with means to express their legitimate inspirations and manifest their reasonable motivations.

A political system that nurtures our legitimate natural tendencies promises to be devoid of leadership and governance crises. It would be in harmony with the spirit of any people, and this harmony will ensure that it gets sustained support and cooperation from the people. Such a political system inspired my foray into politics. I intend to build and establish such politics in Nigeria.

My ultimate aim is to restructure the politics of Nigeria to this end, through an interim government that would lay the foundation to build this type of politics and birth a New Nigeria.

Forming an interim government with me as the leader is farfetched, but this is a direct and faster means to kick-start my objective, so it’s my preferred option. In recognizing this limitation to attain my goal, I am content with exploring a circuitous path, which engages the current political system while maintaining its unique identity. This informs my plan to launch a political party, one that would nurture the legitimate natural tendencies of regular Nigerians.

This party will only field inspired and motivated Nigerians for elective public offices. It would instill in Nigerians the discipline to respect the diverse reasonable natural tendencies of others, especially when they differ from theirs. Nigerians would come to learn to disagree without being disagreeable through this party, its activities, and the types of people it would field for elective positions. These people would be those who have demonstrated passion and commitment to one or more causes.

The party would be called Black and White, a Movement to Actualize Nigeria. It will give room for only people who are passionate about their causes to attain and retain elected offices.

The current democracy has devolved to a pathetic state: prospective elected public servants seek office merely for the sake of politics. They are motivated by power and politics only. They campaign on lofty ideals to get the vote of their constituents, but when they are elected, they renege on their promises to their constituents. Instead, they tow the tired routine paths of their party in particular, and politics in general.

With Black and White, only people who are passionate about their causes, as well as committed to them, will be elected to public office. These people are motivated only by a desire to fulfill their causes. Consequently, they are likely to stick to their campaign promises against all odds. They are unlikely to be swayed by politics or become corrupted by power. They will stick to their causes, which are their campaign promises.

To these ends, Black and White is open to membership from all political affiliations. It is a coalition of Nigerians. It will support members intent to run for elected office. It will enter into a binding contract with such people, such that it would be able to compel members to honor their campaign promises. Thus, it will make campaign promises to become obligations, restoring honor and dignity to politics.

It will in time, seek the establishment of an interim government in Nigeria, in order to encapsulate the entire politics and political parties into its system, attain its ultimate objective of restructuring the politics of Nigeria to nurture the natural tendencies of Nigerians, enabling it to actualize Nigeria and Nigerians.

Because of its design, Black and White, a Movement To Actualize Nigeria, promises to correct the human rights violations, and right all the wrongs, which the current political system has failed to address. It will achieve this objective because it has room to give power to groups that have endured great wrongs, and issues of existential threats to mankind that are relegated by the current political system in every nation, including Nigeria. It will empower such groups to run for office and require them to prioritize their emancipation when elected in power.

Black and White promises amicable channels for marginalized constituents to right the institutional wrongs done to them. This is critical currently when various forms of sectarian tension are simmering, bringing Nigeria at the brink of internal and external war and strife.

Currently when the nation is tethering on the brink of full-blown war, it promises the needed truce to diffuse the tension and dispel the constant anarchy, as well as the specter of anarchy looming over nations. Even if Nigeria eventually splits into multiple nations, it will afford a peaceful split. The new nations would be ready to function from the git-go.

The only hope Nigeria and Nigerians have is the political restructuring I am offering. Without a politics that aligns the aspirations of the leaders with the people, and compel leaders to stick to their campaign mandates, preventing them from reneging when elected into power, the leadership and governance crises in Nigeria will not let up.

Also, without a politics that empowers marginalized constituents to attain the highest political power, and while in this position, compels them to prioritize placating the agitations of their constituents, sectarian tension will never abate in Nigeria. Only my politics, either through my prospective interim government, or the political party I intend to launch, guarantees these critical transformations. So, unless I succeed with my political plans for Nigeria, she is without hope.

I am her hope. I am the hope of Nigerians. No one needs to believe me or accept it. Experience is the best teacher. Let Nigerians experiment with other promising political heroes and their systems. These heroes could be regular Nigerians or the establishment/elite. Nigerians will derive impressive excitement at best from these heroes, yet the crises will persist, or multiply, even resulting in full blown armed conflict. The only option apart from me and what I am offering Nigerians is absolute anarchy.

The only way I would recommend for Nigerian youths to help other young Nigerians in politics is through me. I do not recommend any other politics for Nigeria except mine, because none other than mine will fulfil the yearnings of Nigerians. Nigerian youths can help the political ambitions of other Nigerians by helping me to succeed, either through launching my party/electing me president, or my interim government.