Supreme Court deals blow to Trump and his allies 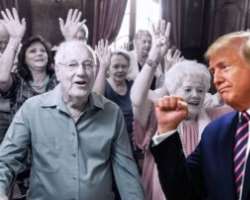 WASHINGTON (AP) — The Supreme Court on Monday formally refused to put on a fast track election challenges filed by President Donald Trump and his allies.

The orders, issued without comment, were unsurprising. The justices had previously taken no action in those cases in advance of last week’s counting of the electoral votes in Congress, which confirmed Biden’s victory.

The court still could act on appeals related to the Nov. 3 election later this winter or in the spring. Several justices had expressed interest in a Pennsylvania case involving the state Supreme Court’s decision to extend the deadline for receipt of mailed ballots by three days, over the opposition of the Republican-controlled legislature.

But even if the court were to take up an election-related case, it probably wouldn’t hear arguments until the fall. (Credit: AP)