Will APC remain in power beyond 2023, as its presidential ticketnarrows to Tinubu? 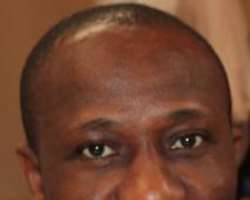 Nigerian politicians and all the political parties started a long time ago in scheming for the 2023 political tickets and their representatives. But it will soon get clearer to people like me when political parties start zoning, selecting or electing their principal officers - because it is a known fact that any zone that produces a party chairman etc., never produces a presidential candidate of the same party. While it is true that some individuals started their own preparation of contesting the 2023 presidential election even before the 2015 elections, some waited and are still waiting to see as events will turn out. But for one political party, All Progressive Congress (APC), proceedings are gearing towards one man, Ahmed Tinubu, the Jagaban of Borgu Kingdom, who actually was one of those that had the desire to govern Nigeria and started working towards its actualization before the 2015 elections.

President Buhari tried many times before 2015 to become Nigerian president but failed at every attempt until he came into alliance with Tinubu in 2015 to form APC. With the help of Tinubu many political parties and politicians collapsed their structures into APC, even many PDP stalwarts then who never supported President Goodluck Jonathan’s second term or that had had one problem or the other with some party members formed a group within their party which they named “nPDP” pulled out from PDP and joined APC. And we learnt that one of the agreements reached between Tinubu and Buhari was that Tinubu will give all he has in making sure that Buhari becomes the Nigerian president in 2015 and that Buhari would in return support Tinubu in becoming Nigerian president in 2023. Body language and unspoken words in APC’s hierarch tend to support the above narrative that Tinubu or at least his anointed will be the APC’s presidential candidate in 2023. So, APC zoned its presidential ticket to the south west (Yoruba) the day Buhari sealed his agreement with Tinubu, and it is time for Buhari to pay Tinubu back and redeem his pledge and integrity. Will the northern oligarch allow him do that? Have events changed anything like it happened between the former president, Olusegun Obasanjo and Atiku Abubakar? And how sellable is APC and Tinubu to Nigerians?

I cannot tell what the leaders of APC will tell Nigerians as the achievement of their party and why they should be voted back to power in 2023 as situation of things in Nigeria go from bad to worst.

The bedrock of development, education is suffering in Nigeria and students and parents are in agony and pains: Courses that should take four years to finish in higher institutions etc. may take up to five, six or more years because of lecturers’ strikes. And under this government we have witnessed multiple strikes by lecturers that lasted more than necessary in demand of good welfare packages. Nigerian people believe that the reluctancy and the slow approach by government officials in amicably resolving disagreements with lecturers timely were so perhaps because many of their children are schooling abroad, so schools could be closed “until thy kingdom come”, they don’t feel the brunt. Sadly, the majority of the Nigerian youths who painfully studied using candle/lantern as electricity, survived the aggressive environment of cultism, sexual harassments and exploitations by lecturers through the selling of “handouts” and inhuman conditions of studying in unsanitary and filthy environment they were subjected to graduate are pitifully and helplessly in idle states and hopelessly hopeless of any opportunity of employment. There are no knew factories under this government, instead closure of old ones and retrenchment of workers are the order of the day, and the reasons are not farfetched. Apart from the globally known economic meltdown caused by many factors that included Covid-19, the Nigerian environment is so extremely hostile, a very unconducive atmosphere for companies – whether local or foreign – to emerge and flourish because there is no water, no electricity, no good road, no security and the exchange rate of Nigeria’s money (Naira) to foreign currencies is rapidly dwindling daily – dangerously very bad to a country that depends on importation for almost everything.

There is no conducive atmosphere for companies – whether local or foreign – to emerge and flourish because there is no water, no electricity, no good road, no security and the exchange rate of Nigeria’s money (Naira) to foreign currencies is rapidly dwindling daily – dangerously very bad to a country that depends on importation for almost everything.

The security situation in Nigeria has never been so bad like it is now. No place seems save as Nigerians are being murdered or kidnapped every day in their homes, on the streets and on their farms. The Sultan of Sokoto, Alhaji Sa’ad Abubakar, not long ago said that Northern Nigeria is the worst place to live in Nigeria because bandits and Boko Haram have taken over. According to the Sultan, 76 people were killed in a community in Sokoto in a day. In Borno State, a House of Representatives member, Ahmed Satomi, who represents Jere federal constituency confirmed that (on 28.11.20) Boko Haram killed 44 rice farmers in Zabarmari. For these fears, a coalition of northern groups formed the operation “Shege Ka Fasa” to protect the north, the governors from South west formed Amotekun to protect the Yorubas, and Indigenous People of Biafra (IPOB) under Nnamdi Kanu formed “Eastern Security Network (ESN)” for the safety of the people of the old eastern region. The question then is, what did the APC leaders meet when they came to power that they improved upon?

The ugliest part of all this is that this government that has plunged Nigeria into trillions of debts and that has borrowed more than any government since the creation of the country is still on borrowing spree. How many visible and quality structures has this government erected to measure the bogus money it has borrowed? What plans has the government got to stop borrowing?

I know that the Nigerian people are very horrible when it comes to choosing their political leaders because they forget easily and can be effortlessly deceived, but on which ground will APC stand to sell itself as a party and its presidential candidate to these Nigerians?

The bitter truth is that the performance of APC since it came to power as a national ruling party in Nigeria failed every standard – so disappointing and shameful. It flopped in economy, failed in security and it is the most corrupt government in the history of Nigeria. In all ramifications, there is no area of governance that one who is not a sycophant can sincerely give this APC government under Buhari a pass mark.

But will Tinubu win the presidential election for APC – if he finally gets the ticket? Or will the emergence of any south westerner as APC’s presidential ticket diminish its chances and boast that of PDP? Mathematically speaking as the situation stands today, 2023 has presented itself as a very good opportunity for the PDP to reproduce the next president of Nigeria. While it is true that there are many other political parties, but the reality remains that none of the parties has the resources and the structures required to win a presidential election except these two identical parties named PDP and APC. However, other political parties in Nigeria may count in the 2023 presidential election only if they all can agree to come together like the way the political parties that formed APC did before the 2015 general elections, in exception of this forget them, none will singly be a threat to APC and PDP. They can only separately play the spoilers’ role.

Whether APC presents Tinubu or another person the effect will be the same as long as that person is from south west. But it will be a political blunder and a grave mistake should PDP take someone from Yoruba or Igbo as its presidential candidate. Irrespective of what people may say or how the party echelons may be pressured, PDP members should not forget that the advantage they have now is that APC as a ruling party is not doing well and at the same time the hands of its members are constrained to take someone only from south west - if they do contrarily they will split to the advantage of PDP. But if PDP refuses to be tactical and take sentiments and emotions away and does not scheme for the emergence of a northerner, considering Nigeria factors, APC will again win the presidential election no matter where its candidate will come from. Note also, if APC picks a northerner as a presidential candidate which I doubt strongly, PDP will gasp for breath of survival.