Laptop belonging to Nancy Pelosi's aide was stolen during the Capitol siege, a potential cybersecurity risk 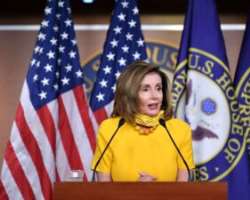 A laptop belonging to House Speaker Nancy Pelosi’s congressional aide was stolen during the US Capitol siege on Wednesday, Reuters’ Raphael Satter reported .

According to tweet from Drew Hammill, Pelosi’s deputy chief of staff, the aide’s laptop – which was “only used for presentations” – was taken from a conference room.However, the laptop wasn’t the only piece of hardware stolen during the historic riots. Following the siege, Democratic Sen. Jeff Merkley of Oregon said in a tweeted video that a laptop he had sitting in his office was stolen by rioters. And on Friday, Democratic House Rep. Jim Clyburn of South Carolina also reported a stolen iPad, according to a report by CNN .

The access rioters had to unlocked computers and the stolen hardware following the Capitol siege now poses as a cybersecurity disaster, experts told Insider on Thursday .

“Once intruders have physical access to a system, the game is over,” Jackie Singh, a security researcher who was a cybersecurity expert for president-elect Joe Biden’s 2020 campaign, told Insider’s Aaron Holmes . “The safest thing to do once it’s been out of physical custody is to wipe it.”