2020 US Election: What Defeated the Incumbent? Any Take for Nigeria? By Abdulmumin Jibrin 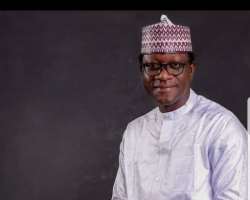 We cannot just watch the US crisis and laugh. We must learn from it and act to avert such from happening in our country that is far more vulnerable to such dangerous anti-democratic manipulations that can throw a country into anarchy.

We are not immune to having any president in the future that may react like the incumbent president of the US. So what measures can we put as a matter of urgency in our laws to tighten the screw, strengthen our institutions and system against such if at all it ever happens?

I disagree with the opinion that the US has lost its leading role globally in advancing democratic culture because of the 2020 election saga and specifically the unusual refusal to accept defeat by the incumbent. The principal actors in the crisis did all they could to subvert the will of the people, but it was the strong INSTITUTIONS and SYSTEM that defeated them.

In contrast, in many countries around the world including Africa and Nigeria, individuals are still stronger than the institutions and system. That has always been the foundation of our problem. So long as our institutions and system are not strong enough to overpower individual intrest or ambition, we will continue the endless search for answers to many of our problems that can be solved easily.

Knowing when to let go is one of the fundamental pillars of democracy. A leader must be smart enough to know that letting go and at the right time may compensate for what ever loss he suffers. He can also ride on that to salvage his career, or at least retain some respect.

Now, the major problem of the defeated incumbent in the US election is no longer how to stop the winner from being sworn in, it is how to get out of the present dilemma of violence and insurrection he is being accused of having instigated and which had led to the desecration of the pre-eminent symbol of democracy, the Capitol, and the death of 4 people. Many Americans are demanding that the president must be held accountable. Who knows where it will end, with investigations, panels etc, that are like to follow?

Narrowing it down to power transition, I remember during one of our think-thank meetings of the speakership campaign in 2019, the then candidate and now Speaker, Hon Femi Gbajabiamila, raised serious concern about lack of proper and detailed transition laws from incumbent to incumbent and from incumbent to a non incumbent whether of the same party or not. He wanted a bill to that effect as part of the 9th assembly agenda.

We didn't consider his foresight necessary at the time. Iam guilty of that as well. Now, I can see why we need a law with clear details and timelines of activities specifically for power transition and severe consequences for whoever breaches the law.

Some of the issues include announcing the winner, accepting victory, conceding defeat and timelines for constituting transition committees from both the incumbent and the president-elect. Details of the kind of briefings from the outgoing and the president-elect, including timelines for announcement of cabinet members and many other details that can ensure power transition or transfer is done peacefully and continuity of governance is not halted in anyway.

This is the time for the National Assembly to look at this matter and act with urgency.