Donald Trump's Ku Klux Klan are the Ones Perpetrating Violence on the U.S. Capitol Hill 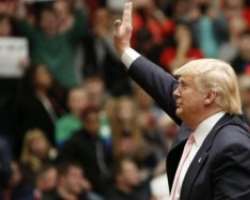 Congratulations comrade Raphael Warnock , for your winning the Senate post. Now it is your turn to focus on bringing decorum and sense of decency in American political decision making . Ignore the petty teething like hurdles perpetrated by the white supremacists, these need not to derail your focus from the broad agenda of building much awaited revolutionary culture in selfish ridden American politics. This position is eked on the apparent reality that irrational violence will never rule, but people will always rule. Thus, it is obvious that there is substantial quality of revolutionary realism in the dynamics of the currently unfolding political changes in America regardless of some sham resistance from the few shit-holes of Ku Klux Klan cultured white supremacists.

American political history charges that Ku Klux Klan is a traditional racist organization supporting exclusive or anti-black political faith and culture which nourishes itself on the assumption that an American with European ancestry is socially superior to Americans with non - European ancestry. However, it is so unfortunate that this has been the guiding philosophy of the Republican party. A philosophy which believed in building political and capitalist economic superiority on basis of racial subjection and enslavement of the black people.

Most unfortunate is the truth in the social fact that American democracy will only be achieved when the slaves are in power. It will be achieved when the generations of slaves are in political power through fair and revolutionary political decisions like the ones evinced in the unanimous support for Joe Bidden Presidency . In fact election of Joe Bidden is one of the most Democratic events in the history of American politics . Thus, Donald Trump has no basis to label Joe Bidden presidential win as fraudulent election, in fact it was the most revolutionary election. A milestone in liberation struggle of the powerless in America.

Thus, American whites must revolutionize racial-political conscience to accept other Americans, not just on paper and theory , but by accepting to share American prosperity. This is what American democracy has failed to achieve, it has always achieved to maintain human lives in poverty amid extreme prosperity. Courtesy of Patrimonial capitalism. It must be condemned.