By Foundation For Environmental Rights, Advocacy 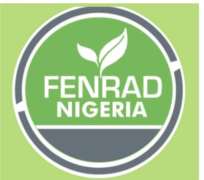 Foundation for Environmental Rights Advocacy and Development, acronymed FENRAD, an environmental and human rights group, so strongly frowns at the recent purported hike in price of electricity tariff to be paid likely by consumers of all bands and tariff classes (even though NERC's report says Class E's tariff remains frozen).

Although the regulatory commission (National Electricity Regulatory Commission, NERC) has earlier come out to debunk the hike (said in many quarters to be 50%) as spurious, FENRAD, concerned, seeks to know where the regulatory commission is leaving Nigerian consumers after the expiry of the three months hike stay as negotiated with Organized Labour begun by September of 2020 wherein the federal government undertook to subsidize tariff by defraying electricity rate with the sum of N10.20K kilowatt-hour (kwhr) for all Nigerians.

Though NERC did not increase by 50 percent the electricity tariff, its policy further exposed vulnerable Nigerians who are still recovering from the damage done on the economy by the pandemic, lockdown and also nationwide curfew that attended the highjacked EndSARS protests to high cost of power consumption. FENRAD laments that this is happening at a time when state and federal governments are finding it hard to keep to the 30,000 naira new minimum wage; when purchasing power is sharply declining amid unprecedented record of job losses (in their millions) with foreign direct and portfolio investments hitting the deck!

The alternative, FENRAD believes, should have been a carefully programmed, phased and gradual deregulation programme which would have allowed businesses reasonable time to bounce back; instead the federal government is serving this tasteless meal on her indigent citizens. Let it also be reminded that as opposition, the APC (now incumbent) led many Nigerians, in protest, to the streets of Abuja, Lagos and elsewhere, condemning both sharply and fiercely the subsidy removal by the then Jonathan-led adminstration under the PDP (now opposition) as being ill-advised and ill-timed. Now, why is the same government removing subsidy on electricity tarrifs by over 80 percent which in itself is way bigger than that done by Jonathan in January 2012 when there was no double-digit inflation nor recession? And why - if not for insular reasons - has the federal government not consulted Labour regarding this new tariff policy?

FENRAD, without equivocation, states that by adjusting the tariff upwards to N4:00 from initial N2:00 per Kwhr, many Nigerians are faced with paying increased rate by up to over 70% compared to the pre-September template. This directive is not pro-poor or pro-people given what the pandemic year did to businesses and corporate establishments!

Again, the ability of baby and local industries to do business, thrive and stay afloat in our economic clime - with such unfavorable billing - is seriously hampered by the same government that has been advocating: 'Buy made in Nigeria to grow Nigeria.' Policies like this will, no doubt, bear negatively on prices of local manufactures making them not to compete with foreign goods as energy charges may reflect on prices, FENRAD says.

While NERC bases its policy on economic realities such as inflation rate of 14.9%, also the foreign exchange volatility unfavourable to the naira and the cost of purchasing and supplying gas by the Power Generation Companies (GenCos), the government of the day has not thought it wise to reduce the cost of governance to be able to save cost which could address recrudescent electricity problems if wisely invested thereto nor has that same government been able to refinance debts (domestic and external) whose threshold is largely unsustainable - even to generations unborn!

The fact that Nigerians have had to see increase in: fuel price; VAT charges; lodgement in money deposit banks all in a single administration that is yet to be lived out do not speak well but ill of the government at a time like this. Why would it be easy for a government to attempt dipping hands into Pension Trust Fund to cover costs when many states do not pay pension as and when due? Could it not be the same reason why that same government cannot address electricity and energy sector problems having hitherto called on Nigerians to substitute gas for fuel?

Having said all this, in summary, FENRAD bemoans the fact that through the West African Gas Pipeline System (WAGPS) Nigeria supplies gas to Benin Republic, Togo and Ghana, yet is she not better than these countries in efficient management and regulation of her own power sector! The truth remains that for want of policy cover, the federal government through its commission - NERC - tries so hard to pull the wool over the eyes of Nigerians. The government must live up to its responsibilities for once.

In all, FENRAD calls for a reconsideration of the tariff policy. While it is true that given the harsh economic realities the nation is faced and fraught with, it makes a great deal of sense to deregulate the power sector, such scheme should be gradual and phased, FENRAD believes. Not some mean policy slapped on the masses; FENRAD therefore calls for a reassessment of the whole scheme while maintaining that the report as drawn from NERC's Multi-Year Tariff Order (MYTO) and Minimum Remittance Order failed to put the poor into consideration before coming out with this latest development.