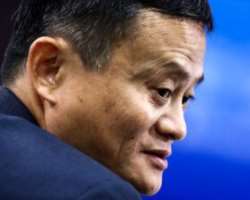 “He is being less visible, purposefully,” Faber said after noting that he has closely covered Ma and his businesses. “And you can expect for that to be the case for some time.”

“He may not have shown up, but he’s not missing,” Faber said on CNBC Tuesday. “He hasn’t been captured, he hasn’t been taken, this is not a Chairman Wu situation,” referring to the Anbang Insurance chairman who was sentenced to 18 years in prison in 2018.

Reuters previously reported that Ma could have been directed to “lay low” due to China’s regulatory crackdown, according to Duncan Clark, chairman of the China-based tech company BDA China.

Faber said Ma is “very likely” to be in Hangzhou, where Alibaba’s headquarters are. Ma stepped back from leading company operations in 2019.

Ma’s Ant Group was poised to raise a whopping amount in his dual-listing IPO on November 5. But on October 24, Ma publicly snubbed the Chinese financial regulatory system, and it was later reported that Chinese President Xi Jinping himself personally instructed regulators to dig into Ant’s financial risks following Ma’s comments.

China responded by introducing new micro-lending rules that impacted Ant and disqualified it in its IPO. The government pulled its Shanghai listing, and Ant willingly put a stop to its Hong Kong listing on the same day.

Ma reportedly offered to give parts of Ant Group to the Chinese government on November 2 in an attempt to appease them following his comments. “You can take any of the platforms Ant has, as long as the country needs it,” Ma reportedly told regulators, according to the Wall Street Journal.

But the offer failed to win China over, and the government has since ordered Ant Group to overhaul its financial business and “return to its payment origins.” China is also conducting an antitrust investigation into Alibaba.

As Business Insider’s Allana Akhtar reported, this isn’t the first time that powerful businessmen have disappeared in China after going head-to-head with the government.

Asset manager Xiao Jianhua, for example, was abducted from a Hong Kong hotel in 2017 and was taken into Chinese custody after regulators accused him and others of siphoning off investors from the nation’s stock markets. China later took control of parts of his business.