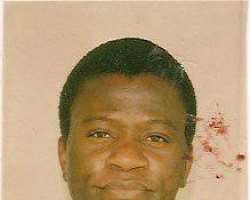 For a while now, I have signed this column with the following note: “This column welcomes rebuttals from interested government officials.”

And every week, my readers have asked privately—by phone, email, sms—“Are you receiving such rebuttals?”

Of course not. If they wrote, I would publish. But they do not, because they know it is a bait. Officials of a bad government only pretend to be informed and strong in places where they feel confident they will not be challenged. That is particularly true when the propaganda is that their principal, the President, Major General Muhammadu Buhari (retd), is an achiever and a man who knows what he is doing.

At Christmas last week in his now internationally-famous speech, 'A Nation in Search of Vindication,” Mathew Hassan Kukah, Bishop of the Catholic Diocese of Sokoto, offered substantial objections to the current state of Buhari's Nigeria.

Bishop Kukah is a priest whose intellect is as legendary as his voice. The powerful court him, but his motivation is his mission, and he has a track record of advocating what is right rather than what is easy on the ear. In his Christmas reflection, he emptied his frustrations far and wide as he assailed the evil hours into which Nigeria has strayed.

He questioned the bloodletting and general insecurity in the country. He expressed regret that Mr. Buhari has “deliberately sacrificed the dreams of those who voted for him to what seemed like a programme to stratify and institutionalise northern hegemony by reducing others in public life to second-class status.”

But Nigerians, including other northerners, had been calling out this evil and dangerous behaviour since Buhari came to power. I cite a couple:

In May 2020, Abubakar Umar , the respected retired army colonel and former Kaduna State governor, warned in an open letter that Nigeria risked sliding into crisis if in his appointments Buhari continued to give undue preference to some sections of the country over others,” adding that he had already “dangerously polarised” the country.

Four years earlier, in July 2016, former legislator Junaid Mohammed had draw attention to Buhari's patriotism, or lack of it. Listing a long line of appointments of Buhari's relatives into the government, Mohammed described it as “shamelessly the worst form of nepotism in the history of government” in Nigeria.

“In fact, in the history of Africa, let me make bold to assert that I have never seen any level of nepotism that has equaled or surpassed this in my entire life – I am now in my 67th year,” he declared.

Mohammed added to that evaluation in January 2018 when he decried Buhari's as Nigeria's most corrupt administration in history, affirming that it had dragged the nation backward.

So how did Bishop Kukah stimulate last week's uproar? Because he located the problem in terms of Buhari's only real concern: holding on to power.

“Every honest Nigerian knows that there is no way any non-northern Muslim President could have done a fraction of what President Buhari has done by his nepotism and got away with it,” he said, adding that there might have been a military coup already, or even war. “The President may have concluded that Christians will do nothing and will live with these actions.”

Buhari conceivably being kicked out of power, just as in 1985? The alarm bells must have been clanging all over Abuja. It was no surprise that—since Buhari does not speak for himself—defenders of his nepotism wanted to fight for him.

Ishaq Akintola, Director of the Muslim Rights Concern falsely described Kukah's Christmas message as a call for a coup. “Go ahead, Kukah, plan a coup,” he challenged. “Who knows? You can be vice president. Dare to struggle. Dare to win.”

But Kukah had not advocated a coup. And Akintola missed his point about honesty.

Information and Culture Minister Lai Mohammed, who appeared not to have read Bishop Kukah's statement, went even further. “Calling for a violent overthrow of a democratically-elected government, no matter how disguised such a call is, and casting a particular religion as violent is not what any religious leader should engage in, and certainly not in a season of peace.”

But Kukah had not advocated a coup. Like Akintola, he also missed the point about honesty.

Kukah was talking about right and wrong, and how Buhari's parochialism and betrayal of the voter has left Nigeria—but particularly the North—reeling, and in need of vindication.

Nowhere in Kukah's sermon did he allude to any form of violence, except perhaps, the violence that Buhari's cynicism and inability to rise to the level of his grandiose pre-election advertising has done to Nigeria.

Buhari's betrayal of the electorate is a choice. Kukah's questions may be embarrassing to the Nigeria ruler, but they are the questions of every voter who is now ashamed of the man they sent to Aso Rock in 2015. Under his watch, Nigeria has not only become the poverty capital of the world, she is sinking: deeper into poverty, debt, despair, insufficiency, and insecurity. Internationally, people ask Nigerians: “This man is your least corrupt?”

In his New Year message two days ago, Buhari consolidated his inability to attract credibility. He seems to think that if he makes enough promises, he does not have to remember implementation.

But the Bishop is right. If nepotism is so good, why have Buhari's five years not served northern Nigeria?

The truth is that Nigeria's best bet is Nigeria, not fragments of it. In the hands today of a leader who genuinely cared, here is what I would be saying to him:

First, involve Nigerians in Nigerian governance and embrace meritocracy. Every nation which develops does so through its strongest, not the most privileged or most loyal. You win the World Cup with your First Eleven, not the Eleventh Eleven.

Second, declare an emergency in the security sector, using the best national and international experts. This would free up the nation's major economic sectors and actors, particularly farmers, traders, and manufacturers to focus on productivity, not survival. It is time for state and local police.

Third: aggressively broaden the frontiers and dimensions of education, particularly for women and girls; and restructure healthcare, beginning with the restriction of elected officials from medical tourism.

Fourth, address Nigeria's poor work culture, with emphasis on waste and maintenance, project delivery, and workers' rights; and establish a clear timeline for every infrastructure contract.

Fifth, attack extreme poverty with great urgency. Within one month, use every available expertise to publish and commence the implementation of a clear and streamlined national strategy, with the collaboration of the states and local governments.

The dilemma is that in these six years, this kind of commitment has proved to be beyond Buhari, and he has settled for a worldview which now makes Nigeria one of the most dangerous places in the world, and one of the most unlikely to develop. That is Buhari's coup against Nigerians of all shades who invested him with power.