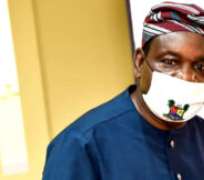 The Lagos State government has insisted that gathering in large numbers should be discouraged by residents, especially as it relates to the conduct of crossover service by churches in the state.

It explains that this is necessary to curb the further spread of COVID-19 as the state and Nigeria, in general, begin to see an alarming rise in the number of cases.

The Commissioner for Information and Strategy in Lagos, Gbenga Omotosho, stated this in a tweet on Wednesday.

As residents prepare to attend the crossover service, he informs them that it is important to comply with the non-pharmaceutical measures put in place by the government.

According to the commissioner, large gatherings will not help at a time when the government is working hard to stop the disease from spreading further.

He stressed that many churches have advised their members to observe the protocols, despite the clamour for crossover services.

Omotosho warned that the 12am to 4am curfew, imposed by the Federal Government in the heat of the outbreak, remained in force.

His tweet came barely one week after the state government directed all churches and mosques to suspend all-night services, including vigils and crossover events in the state.

The state governor, Babajide Sanwo-Olu, who issued the directive on Thursday last week noted that the emergency required to tame the second wave of COVID-19 would not permit public gatherings and crowding, especially in yuletide when religious centres would be holding services and vigils.

Crossover service, which is also known as watchnight, is conducted annually by churches on December 31 to mark the end of the year and usher in a new one.

On the last day of the year, millions of Christians storm churches for the service which usually starts in the night and ends some minutes, and in some cases, about an hour into the new year.

However, this will not go the usual way this year as a result of the alarming increase in the figures of COVID-19 reported in Nigeria.

In a bid to address the issue, authorities in various states have announced stricter restrictions to curb the spread of the disease after an initial relaxation of the protocols.(Channels TV)