Time to Out Nigeria’s Best for the Presidency 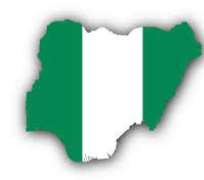 If at all we are serious, Nigerians should be shopping around now for the next President.

That person is destined to be the one to bring the country out of the bottomless pit into which it has been cast by incumbent President Muhammadu Buhari's incompetence, intransigence, and nepotism.

I have previously proposed an organic three-tiered approach of progressive elimination of potentialities before arriving at the Chosen One.

People may refer to my recent piece on this subject matter titled, 'May the Best Among Us, Rule the Rest of Us.'

Stage One of this process calls for the identification of Nigerians best fit for the purpose.

It is worth noting that the dire situation of Nigeria calls more for technical ability than it does for political prowess.

Stage Two calls for elimination of those with insalubrious baggage among those pre-qualified under Tier One.

Stage Three calls for preferential adoption of those pre-qualified under both Stages One and Two, in a descending order of preference, with respect to ethnic origin, with the ethnicity of the incumbent at the rear.

Stage One of this process calls for the identification of Nigeria's best regardless of background.

Now, 30 months or so out from the scheduled transfer of power, is the time to start identifying Nigeria's best in terms of sheer ability alone and no other consideration or coloration.

This ability should be measured solely on the basis of personal accomplishments and not derivable from political appointments garnered as byproduct of favoritism or nepotism.

On that basis alone, Nigeria does not lack people who can get the job done. The job here being extracting Nigeria and Nigerians out from poverty.

People like Ngozi Okonjo-Iweala, Adewunmi Adesina, Chukwuma Soludo, Peter Obi, Aliko Dangote etc. are some of Nigeria's brightest and best at the moment.

There are many others around.
Now is the time to push them forwards and outwards from their various comfort zones, if we are truly serious.

Truly it is time to out our brightest and our best for the great challenge ahead.

For too long we have labored under mediocrity, trapped under an iron ceiling imposed upon all of us by the incompetence of people who do not know their left from their right.

People who cannot distinguish where they should be headed, from where they are coming from.

People who occupied lofty positions not because of their capability to build or rebuild, but their capacity to demolish and destroy.

Beyond everything else, it guarantees that ethnicity, whenever it is eventually applied for reasons of inclusivity, must inevitably throw up our best, and not our worst masquerading with blatant propaganda as our Savior.