The Righteous Adults and the Juvenile MAGA Messiah 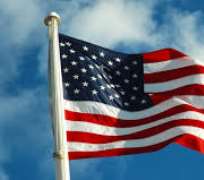 Now I am not a prophet, neither am I a seer. Certainly, I am not an American, whose vote may someday count.

Yet as much as I can discern, the more I realize all things being equal, that Senator Mitt Romney may be a potential Republican President of the United States, perhaps as soon as 2025.

For one he is about the only Republican with the requisite dignity and commensurate gravitas left in the United States Senate.

Together with Maryland Governor Larry Hogan, they have jointly been in the forefront of those who have spoken out. They have forcefully condemned President Donald Trump’s attempts to subvert the will of the American people and the course of Democracy in America.

Some cynics may say Mitt Romney’s is a case of sour grapes having been passed over by the MAGA Messiah when he auditioned four years ago for the post of Secretary of State. I will be the first to concede the legitimacy of such a charge.

I was personally taken aback when the urbane and suave Romney paid several trips to Trump’s Tower after the 2016 election.

I wondered how a man of principles like Romney would fit into the fawning, adulatory crowd which surrounds Donald Trump.

You never really know with politicians, no matter how principled they may initially appear, until the chips are down.

The truth of the matter however is that at this moment, Senator Mitt Romney together with Governor Larry Hogan are the ranking adults in the morally degraded and principles challenged Republican Party eco-sphere.

The juvenile MAGA madness currently holding sway in America, was triggered by the election of an African American, Barack Obama as President of the United States.

The confused fog of selfish mist that election stirred up, will someday clear out. Mark you that fog has only made America a subservient, client state of Russia.

When that inevitable day of reawakening happens, Mitt Romney will be one of the few adults left standing in the hallways of the Republican Party.

He will be decisive in shaping that party's future when it begins to rebuild and re-construct itself from the ruins of the MAGA delusion.

Yet the more I reflect, the more I realize the profundity of the Ndi-Igbo proverb, ‘oji nmadu na'ani, ji onwe na'ani’ as it applies to ‘MAGAISM’. It roughly translates to ‘you must yourself remain on the floor to physically and perpetually hold your neighbor down on the floor.’

Over consumed with their cultural (read racist) desire to kneel on the necks of their domestic neighbors, the juvenile, simplistic MAGA adherents only succeeded in making America kneel supinely before Russia,

This unusual and abnormal prostration of America before Russia is ongoing, to the consternation of the whole world.

So distracted were the MAGAITES by their racist obsession that they remained oblivious of the greatest cyberspace hacking against the United States, which went on for months, perhaps even years on end, undetected.

The MAGA people who claim to love America so much are not even openly concerned that Russia may have American infrastructure, such as its power grid, dams, airports security, indeed every data in every network-controlled system, under their thumb and control.

One military analyst called the Russian hacking, ‘preparation of the battlespace’, military terminology for actions taken prior to conflict, which incapacitate the enemy and render them incapable of defending themselves.

How is being the oblivious subject of extensive battlespace preparation by Russians, synonymous with American greatness?

One cardinal rule of drug dealers is “do not consume your own stuff.”

MAGA adherents obviously have gotten so hooked on their own intimidatory racist agenda and propaganda, that they have lost all sense of reality, proportion, or reaction against Russia, because their Messiah says so.

Their main pre-occupation, like that of their Messiah is how to preserve the privileges conferred on them by the color of their skin at birth, an accident over which they had neither say nor control nor contribution.

Forget about their so-called patriotism. They are only patriotic to the extent that they remain the beneficiaries of a privileged system that permanently places them at the head of the food chain, regardless of personal merit.

Take away that privilege, and you discover that they do not give a hoot about the country they profess so much love for.

None.
Not one single MAGA adherent to my knowledge has stepped forward to strongly condemn Russia’s aggressive hacking of American networks.

Secretary of State Mike Pompeo’s attempt to officially name Russia as the hacking aggressor has been slapped down by the MAGA Messiah.

He has not dared to repeat that charge.
Contrast the MAGA Messiah’s juvenile attempts to exculpate and vindicate Russia with Senator Mitt Romney’s adult response to a similar question on CNN today.

Paraphrasing Romney here, he said, “I am not a cyber expert. So, when all our cyber experts trace the hacking problem down to Russia, I have no cause to reject their conclusion.”

Indeed, the Russian hacking, as bad and as outrageous as it is, even to me, a non-American, is not the big problem.

The far greater problem is that Americans may never know what has been hacked and what has not.

Not knowing which of your secrets is already in your enemy's possession is a terrible debility.

The most prudent course of action is to assume that every secret has been compromised.

For reasons best known to himself, the Russians and God alone, Americans under the MAGA Messiah dare not criticize or retaliate against Russia.

Presumably, speechlessness, inability to face reality or to confront your greatest opponent, regardless of their malign activities against your interests, is the new norm, measure, and mark of greatness, juvenile MAGA-style.

It has been fulfilled yet again by the ill-fated, racist, and exclusionary MAGA phenomenon.