Age is not the problem of political misrule in Nigeria, insincerity is 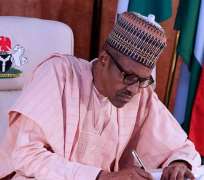 When a lie is told repeatedly for a very long time unchallenged it grasps the hearts and souls of innocents in believing it to be true.

Perhaps the longevity of evil perpetuated by the older Nigerian politicians in using Nigerian youths as thugs and for dirty deals in order to manipulate and win elections, the impression created and the gripping narratives that one must carry a portfolio for one political thief before one can participate in an election and win, and the shallow analysis of the contemporary political situation in Nigeria collectively seemed to have disappointingly influenced many to erroneously hold strongly to the misconception that age is the problem of political misrule in Nigeria. In my candid view, such assertion is only a bared reflection of a long age effect of mental cruelty meted not only to the psyches of Nigerian youths but also to the majority of Nigerian intellectuals by the ruling class. But the United States of America’s election and its intrigues between Donald Trump and Joe Biden tragically exposed this ugly lie that age of the Nigerian leaders were the reasons for their political woeful performances.

It is imperative to unequivocally state the obvious fact that insincerity is the fundamental and empirically the greatest problem of leadership failure in Nigeria and not age. Because beneath insincerity you have religious bigotry, tribalism and other evils condoned and practiced by Nigerian leaders that are the bane to unity, genuine love and development. Prejudice and bigotry are diseases only qualitative mental development - exposure and sincerity - can cure. Therefore, let me firmly affirm that many Nigerian political pilots are narrow-minded and very fanatical about their tribes and clans, and to a very large extent their religion. Forget the degrees they carry, a huge number of them lacks what it takes to be a leader. The mistake many people make that craves respect to note is that not every brilliant person is blessed with wisdom and not all academically successful students will be successful leaders.

If one has observed very well one would have noticed that due to leadership failures in Nigeria over the years – especially since after the civil war – the current song on the lips of many Nigerians is that they do not want someone who is not a youth or above 50 years in power anymore. Haba! But the way the same Nigerians supported Trump and Biden who are both above 74 and 77 years respectively exposed their insincerities, narrow thoughts and hypocrisies and irredeemably condemned them and their age bracket rules.

There are young and also old people that could lead Nigeria and lead it qualitatively well, but we need to take away thuggery, bribery and hostility etc. in our political life as a nation and create respectable institutions and a level playing ground for such decent and capable people to participate. No one should be discriminated against in aspiring to achieve a dream in life - as long as the means of achieving this aspiration is permitted by law, whether a male, a female, or a physically challenged person for we are all created equal by God and are altogether equal before the law.

I emphasize that insincerity is the greatest woe of Nigeria’s leadership problems and not age, because almost everything that holds Nigeria together is shrouded craftly in political robbery and injustice. Everyone knows this but no one dares to speak up, a very few who did were unfortunately tagged unpatriotic and hunted.

Now, how do you comprehend these few examples below?

It was reported that the Federal Government of Nigeria ordered for a total closure of the Nigerian border, banning movements of goods in and out, but the same government arrogantly and shamelessly singled out one man allegedly and allowed him to move freely with his business on the same route it says it has banned entries and exits as reported. That man is Dangote and his cement, a northerner and one of those privileged animals.

Where is Ibeto cement? It was as a result of undo privileges and favoritism like this that Ibeto cement is in comatose today.

Why is the Nigerian Federal Government not using cars made in Nigeria by INNOSON MOTORS as its official cars? It cannot be possible perhaps because the CEO of INNOSON MOTORS is an Igbo man.

Have you asked yourself why the government of Nigeria over the years turned blind eyes to a death trap called “River Niger Bridge” claiming lack of fund, but found it very worthy and necessary in wasting a huge amount of money to search for oil in the desert in the north?

Not long ago the Federal Government of Nigeria approved $1.96 billion to be used in building a railway line from Kano to Maradi in Niger Republic. According to Rotimi Amaechi, the Transport Minister as reported, “The rail line will connect three states: Kano, Katsina and Jigawa”. Please, what will be the commercial benefit of this huge amount they want to waste here to all Nigerians when all the states in Nigeria have not been connected with railways - our roads are too bad, and many schools badly neglected and without libraries? Why are there no such plans on ground to connect cities or states known to be heavily concentrated in businesses like Onitsha, Lagos and Aba etc.? Because the interest of a section of the country is paramount.

Why is there no seaport in Calabar and Warri etc.? Why is the Port Harcourt seaport in state a of moribund?

Hawking of foreign currencies is a crime and illegal all over the world and not allowed, but in Nigeria it seems legalized because a greater percentage of them – perhaps over 98% - are northerners. These hawkers of pounds and dollars etc. are well known everywhere and have bases in every Nigerian Airport. Security agents know them and do not do anything because they are the northern sacred cows. Reverse the case today and say that Igbo people are the major dealers in the illegal foreign currency sells and see what will happen.

You now know that there is gold in Zamfara State. When did you get to know? You only got to know about it because ugly events forcefully exposed it otherwise you still would not have known. It would have continued to be a secret in a country where you have police and multiple secret security agencies.

Can one imagine an oil producing state from south-south or south-east selling her crude oil the way Governor Bello Matawalle was alleged to have done with the gold found in Zamfara State by the south-south governors?

When will the Federal Government sincerely and finally do something about the environmental pollution in all the oil producing states especially in Ogoni, Rivers State?

If Ogoni should be in the north, maybe the pollution would have been taken care of decades before now and Ken Saro-Wiwa would not have been killed. And if M.K.O Abiola had been a northerner perhaps he would have been a Nigerian president in 1993 and mayhap still would have been alive today.

Insincerity and injustice especially as enshrined, approved and practiced in a fraudulent Nigerian constitution are the main reasons of all problems in Nigeria and not age. Let us all arise and liberate ourselves from this shackle of lies and deceit and stop the lip services of being true patriots. Only then would it not matter whether one is a northerner or a southerner, and whether one is a Muslim, Christian or a pagan. Until then, Nigeria cannot know real peace, genuine love and development.