Dear Esther Muthoni Passaris, Can you Resign From Parliament to Join Sex Working? 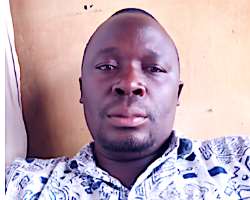 Dear Honourable sister Esther Muthoni Passaris, the women representative Member of Parliament for Nairobi County , I have seen you today on the KBC television Afternoon news asking the government of Kenya to urgently legalize,protect and promote sex working in Kenya. I mean , I listened to you speaking vocally as you were in the company of scrofulous looking sex workers asking the government of Kenya to use the available state machinery to liberalize, legalize, subsidize and then promote the business of sex working in Kenya . I don't know if you have a biological daughter living as a sex worker in Nairobi or anywhere in the world . I assume you don't have , if you were having one, you could not have behaved as bravely as you were behaving when you were addressing the media to ask the government to put daughters of Kenya into sex-working. I tell you, you were wrong , black and white.

I know you are struggling to become a popular politician but still you have moral duty to exercise some decorum as you try your hand at populism. I am so certain you will run to hide behind some street version feminism to defend your politics of pro-sex-working, but kindly be informed that beyond street brand of feminism- development agencies and universities have already recognized and respected feminism as social factor of economic development, but it is not utopian feminism of your type, it is pragmatic feminism that appreciates women in high powered professional occupations. Feminism that endeavours to have the government support the black business of having women in stations of powerlessness peddling their little pair of buttocks on the back streets of Nairobi is no where near economic model of Feminist based development.

I mean you proved so uncouth to shout in public that sex workers of Nairobi must be supported by the government to submerge into uncontrolled sex working. Let me remind you that sex-working is a crime in Kenya. But, beyond its social nature of miscreantcy in Kenya, sex-working is universally rebuked as ungodly, it is social deviance, it is a public health risky, it is anti-woman, it is anti-family, it is a platform for drug abuse, it is a platform for violent crimes , it is a state of psycho-social depravement, it is a state of self-rejection, it is fountain of street families, it is anti-education and above all it is anti-human given that it is a conspiracy unto the general laities and interests of human development.

As a father of daughters, I was very frustrated when I saw you using your position as a top political leader in Kenya , asking the government to allow our wives and daughters become sex-working practitioners. I expect you to negotiate with the government to come up with social and economic strategies and infrastructures that can help in rehabilitation of sex workers from life of shame and hopelessness, so that they can also be recovered back into to mainstream economic process that add value to general process of economic development in Kenya in particular and Africa in general .Or let me ask you honourable Esther Muthoni Passaris, how does sex working help in having Kenya to achieve vision 2030, or Africa to achieve millennium development goals? Answer yourself. But I know that the government of Kenya has moral duty to abolish sex working and then put all women in dignified and productive as well as value additive social-economic engagements.

This is why you stand faulted honourable Passaris for working hard to establish comfortable working environment for sex-working practitioners in Nairobi . Your well thought obligation is to be tireless and relentless about putting pressure on government to have all women without jobs to go through entrepreneurial incubation for better skills and capacity to run small scale business like-dhobi,photography, grocery, eateries, computing, transport, ECDE,drapery, photocopy, electrical wiring, plumbing, painting, urban agriculture, tree-nursery, hair dressing, shoemaking and so forth.I mean , dear Honourable Esther Muthoni Passaris , kindly deliver the city of Nairobi from the plague of sex-working.

I have often listened to you speaking some nice English, I believe you do some reading. In fact the real Nairobi looks like the pages of the 'Plague', a book by Albert Camus, the only difference is that Nairobi is plagued by sex workers not the rats .

Unfortunately, you are a career politician and hence political syndrome may tend to catapult you into a thoughtless riposte to my position about your pro-sex working politics. But please, hold your horses for a while and teach yourself something about sex working as a vice of implied interests of hideous or heinous patriarchal tendencies by reading 'Liberation of Women through Epistemology' by Kirugi, 'Virginity Myth 'by Jessica Valenti, 'Puri Myth,' by Jessica Valentine, 'Red Tent,' by Anita Diamanti, ' the Lacuna,' by Barbara Kingslover, 'Forty Rules of Love,' by Eli Shafak, 'Woman at Point Zero,' by Nawali Eli Zaadawi, and 'Accumulation of Capital' by Rosa Luxembourg. This is aftervassuming that you have already hard some recurrent snobbish reading of the obvious like : Chimamanda Ngozi Adichie, Bernadine Evaristo, Roxana Gay and Simone De Beauvoir the way women with income do in Nairobi.

Let us use some logic to bring to the surface of our argument some substantial state of undesirable conditions in the secret life of sex-working.-Honourable Passaris assume the government of Kenya takes you serious and then modernizes the sex working conditions in Kenya, and we assume that you will not be lucky in defending your parliamentary position next time, can you join sex working for survival? the answer is ultimately no! Then why can't the golden rule of Jesus Christ guide your politics by having you to do to other women what you want others to do unto you? Stay informed that the sex workers of Nairobi are only using an indirect method of asking for a fish from the government of Kenya, why are you asking the government to give them a snake? If you think the snake you are giving to the wretched humanity in red tenting of Kenya is eatable then resign from lucrative position of parliamentary politics and begin gourmandizing it yourself.