If Not the Father, then Who Raped Dorcas Wambua? 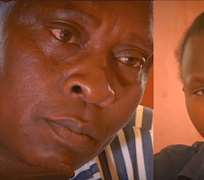 In 2012,Dorcas Wambua, who was then a minor of sixteen years, told the magistrate at Milimani law court in Nairobi, that she had been raped by her father. The court was convinced with the testimony of Dorcas, then it went ahead to sentence Mr. Wambua (the father of Dorcas) to thirty years in prison. Eight years later , in 2020, Dorcas came up with a new testimony that she lied to the Court, that she was not raped by her father. She boldly testified to the media that, it was her mother who coached her to lie to the court about her father having raped her. The court is currently working on retrial and finally setting free Mr. Wambua from Kamiti Maximum prison. Mr. Wambua has already served eight years in prison.

The question here remains , then who raped Dorcas? This question is asked under the context of criminal law in Kenya which requires that before crime of rape is established, there must be evidence of penetration of the male sexual organ into the female sexual organ, the vestigial sperms or other fluids in the vaginal area of the raped woman must be established to be those of the accused person, the arresting officer and the scene of crime witnesses must establish all possible chances that the accused person was present at point at which rape was committed. Thus, the medical report submitted to the court must be fit enough to prove that there was physical penetration of the male sexual organ of the defendant into the female sexual organ of the complainant.

Thus, it is believable that all these evidence was submitted to the Miliman Law court in Nairobi to be verified by the trial magistrate before Mr.Wambua was committed to prison for thirty years.Trial verification of the evidence before the court medically established that there was forceful physical penetration into sexual organ of Dorcas Wambua by a Male sexual organ. Now, if Dorcas is turning around to testify to the world that she was not raped, then what was the basis of validity of the evidence of forceful carnal knowledge or male sexual organ perfecting physical penetration into her sexual organ?

There is possibility of three answers to the above question: I) Dorcas was raped by her father but she is only turning around to safe her face or turning around in submission to some pressure from some sources yet to be identified; 2) Dorcas was raped by another person but she conveniently mentioned her father due to reasons internal in the family; 3) Dorcas was never raped but domestic tensions worked against her to succumb to her mother's pressure to lie to the court about her father having raped her. And also the court knew that she was not raped but chose to lie to the world that it had established that Dorcas was a rape victim.

If the first hypothesis was correct then the court was right in its initial decisions, and hence Dorcas is undergoing some socio-medical predicaments thus she imperatively needs professional or institutional protection from communal duress or rehabilitation from some mental imbalances. And If the second hypothesis is valid then the trial court failed to carry out its professional work and hence Mr.Wambua must be set free. But Dorcas must be put to a fresh trial to mention the actual person who raped her , so that the person and his accomplice can be tried, in this juncture all possibilities point to Dorcas's mother being a likely accomplice or accessory to rape process in which Dorcas was raped.

But if the third hypothesis is valid then the Miliman law court has to be promptly prosecuted for negligence and other related crimes that occur whenever a court and any other public servant fails to take due care when carrying out public duty. This hard position derives analogical support from a supposition that if the Miliman law court had been a surgeon on that day it would have operated a wrong patient and leave him to die from wrong diagnosis. This would be nothing else other than murder by the court . Similarly, let us assume that Mr Wambua had been committed to death by hanging then Miliman law court would have killed a wrong and innocent person.

The above arguments are only probabilistic premises. However, they help us to soul-search credibility of the moral and administrative architecture of judiciary in Kenya. My experience with law courts in Kenya is that they are the living example of hottest part of hell for the poor and the powerless. Law courts is in Kenya are substantially influenced by external power and money. The process of criminal trial is already a torturous punishment to the poor even before the suspect is proved guilty. This is why, the people of Kenya need some thorough surgery of their Judiciary to achieve judicatural fairness, objectivity and affordability in the future . Thus, the suggestions to to make constitutional changes that will make the judiciary in Kenya to be subject to external control by the organs like the institution of the Ombudsman must not be discouraged, let them be given a Chance, it may help. Thus, it is so contextual that we the living ones in Kenya must stand heads high to salute and kowtow before the Maverick work of The Media in Kenya and the Kenya National Human Rights Commission(KNCHR) for the good work they have done in the case of Wambua.

Summarily, a philosophical bent to this story will lead us to the phenomenon of historical facts on religion of beauty having never had any good news for mankind. Starting with Delilah and death of Samson in the Bible, Salomey and violent death of John the Baptist, fatal love between Cleopatra , Anthony and julius Ceaser leading to death of the Roman Empire, Princes Diana and death of Al Fawyed, Shakespeare's Romeo and Juliet, Jenny and I'll fated academic life of Karl Marx, Elechi Amadi 's Ihuoma the concubinevand serial deaths of her lovers, and so on. I have remembered spontaneously to make all these observations by basing on the current Television clips of Dorcas Wambua. Just as her mother , she is very beautiful. She is just a glowing beauty that can access the antechamber of the king's Palace without support from a convoy of loyal campaigners. Her face is a magnet of attraction. But unfortunately, just as Shakespeare complained,' the greater the beauty, the greater the magnitude of tragedy in the live of those whose arms beauty is owned '. And it is true , the business of chasing beautiful women is same as chasing bed fellowship with agents of human suffering.