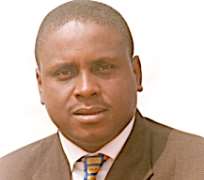 Sexual immorality is another thing that attracts strong generational curses. God made it clear that he hates it and will not fail to curse anybody that involves in it. He allows sexual relationship only between a husband and his wife. Anything outside of this amounts to immorality and will not go unpunished. Sexual immorality is one of the strategies of the enemy to destroy man, his relationship with his creator, and also to totally destroy God’s eternal plan. Today, people get involved in all manner of sexual sins – adultery, rape, homosexuality, threesome, prostitution, bestiality, sex with demons, masturbation, sex dolls and toys, etc. In fact, they invent new pervert practices every day, and Satan is solely behind all these. Sexual immorality attracts divine curses and they can go generational. You remember one of the sins of the sons of Eli was that they were sexually molesting women at the temple. And this made God very angry that he declared that no old person will be found in their lineage. They will all be dying young and also the priesthood removed from their linage forever. Those perverts and their father later died shamefully. Israel was also defeated and the Ark captured by the enemy. Rewards of immorality! David’s house hold went through the same after he violated another man’s wife – violent deaths, rapes, etc. And you also know that one of the reasons why God destroyed Sodom and Gomorrah was for immorality - homosexual sin. They were even bold enough to attempt raping the angels that came to investigate them. Hear them: “…where are the men who came to spend the night with you? Bring them out so we can have sex with them.” Genesis 19:5. God in anger wiped them away forever. But is this not what men (even some ‘churches’) are also struggling with today? There is so much immorality in the land. We believe that some of the diseases (curable and incurable) that we are battling with today are as a result of this particular disobedience to the word of God. Or can you tell me the origin of diseases like HIV/AIDS and their cousins?

Sure, cursed is anybody that involves in sexual immorality or sex out of marriage. The bible said that every other sin is without the body, but sexual sin is with the body (the temple of God), and that God will not fail to destroy anybody that destroys or defiles his temple. Now, it looks like today that we are out of fashion not to be involved in sexual immorality. From our homes to our offices, from our schools to the places of power, from our places of worship to the hotels, the stories are the same. Immorality! Immorality everywhere! The devil seems to have succeeded in capturing man through immoral behaviors. University lecturers demand sexual gratification before awarding grades to students. Bosses sleep with their secretaries and staff right there in the office. Brothers sleep with their sisters. Mothers sleep with their sons. Men sleep with their wives’ sisters. Somebody recently told me a story of how a man was using his wife’s sister as a sex slave. After messing up the girl’s life, he eventually succeeded in pushing her over to another man as a wife. I was so shocked to hear that; because I know the man and the wife very well. But is that still news? No! We hear such every day. They happen all around us. Filthiness everywhere! This is also what is going on in most of our homes. Men are sleeping with their daughters, wives’ sisters, their maids, relations and friends. Women are sleeping with their husband’s brothers, house helps, and even drivers and gate men. Yes, drivers! Recently, I was told of a man who impregnated their house help and when the wife became aware of the girl’s condition sent her away. Only for the man to go and bring the girl back as a second wife. Imagine that! Abomination! If you are (or have been) involved in any of these, then know that the curse of God is upon you. And there must be a deliberate move right now to repent and return to God. He says that you cannot get involved in all the above and go unpunished. Yes, you can’t. Now, what do we say about the places of worship and seats of power? Is it still secret that top public officials, including our leaders live in sexual immorality? They come to the public and sermonize, pretending to be responsible people, while in the secret they are beasts; messing up with their staff and some little girls old enough to be their granddaughters. Just visit their guest houses. Yes, they send their own children to the best schools, then, keep the children of others in their guest houses as sex slaves. And the worse is that they spend public resources to maintain these dirty and cursed lifestyles.

What do you say about our corporations, banks and other business institutions that use our girls for prostitution in the name of marketers and sales girls? They send them out to run after business men to get deposits and open accounts with them. And you must not hear what they do in that name. Veiled prostitution! Others exploit these girls before giving them jobs and favors. Some even go beyond mere sexual satisfaction to use their victims for rituals and sacrifices, after having carnal knowledge of them. Or didn’t you read the story of that dirty customs officer that was accused of repeatedly sleeping with a very little boy and ended up depositing a snake-like creature that continued to move in the little boy’s stomach. The boy was virtually turned into a living ghost after that wickedness. And he wasn’t his first victim. Others actually died after the same experience with that beast called man. Didn’t you watch that story on one of TV networks? The mother of the boy was crying, calling the baba to come and remove what he deposited in the boy’s stomach. But why must people go this extent to acquire worldly pleasure, temporal riches, power and positions? Please have we not surpassed Sodom and Gomorrah, Noah’s generation in wickedness and ungodliness? What is God still waiting for to wipe away this debased generation? Yes, our land and the people have been cursed because of all these iniquities. Do you want to hear more? Are our little girls not used as sex toys in different places, even in state house parties? And who are those involved in all these?

Now, do you still ask why there is so much confusion, pain and crises all around us today? The leaders and the led are all battling with curses for disobeying God’s words. The curse of God is resting upon most families and the institutions involved. There are some families that you find almost everybody wayward. Some parents even go to the extent of using their own daughters and wives to seek for contracts and favors. When you misuse, exploit or violate people sexually, you attract curses from God and also from the people you have abused. Watch the people that get into all these and their families; they always harvest enough terrible consequences. Now, imagine defiling innocent girls, and they and their parents cry and curse you every day. My dear, you and your own children will never be well in this life. Even if nobody sees you or brings you to justice, you will surely pay for it. Others will promise to marry, but misuse people’s daughters and dump them. And tomorrow you want your own daughter to be blessed. No way! It won’t happen for whatever a man sows he will surely reap. Yes, some are suffering today because their own parents sexually abused or misuse other people’s children. May God have mercy on us! If you are into all these atrocities, you must repent now and begin to ask God to remove the curse upon you and your family. We will continue.

Rev Gabriel Agbo is the author of the books / audiobooks: Power of Midnight Prayer, Receive Your Healing, Breaking Generational Curses: Claiming Your Freedom, Never Again!, I Shall Not Die, Move Forward and many others. Tel: 08037113283 E-mail: [email protected] Website www.authorsden.com/pastorgabrielnagbo