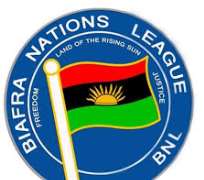 Biafra Nations League, BNL said it has confirmed that the Nigerian Military dumped the corpses of people killed in Oyigbo in the Imo River. In a video address released by the National Leader of BNL, Princewill Chimezie Richard who was in Oyigbo few days ago, the BNL leader blamed the Rivers State Governor, Nyesom Wike for the military operations in the town.

Princewill whose father Late Eze Richard Ekegbu was the Eze Ndigbo in Oyigbo said that the violence that followed the #EndSars protest happened in so many other states but wondered why the Government of Rivers State would finger Igbo youths adding that he did that to attract sympathy from the north.