The God Concept In Igbo Etymology 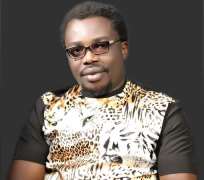 Ndigbo are one of the largest civilizations of the ancient world. Having Odinala/Omenala as the bastion of their existence, there is no known person regarded as the founder of their spiritual practices. There is not even a teacher, but the Light emernating from the sources of the Igbo Aboriginal spiritualities manifests in different persons to pursue their different spiritual works in obedience to Odinala/Omenala dictates.

Albeit, in the ancient times, those with the spiritual manifestations used it to aid their different communities. For this purpose, the spiritual powers that Odinala/Omenala could offer were not commercialized, hence the Aboriginal spiritualities were edged.

Odinala/Omenala were bereft of any specific religious connotation. There was none because such practice doesn't pay allegiance to any sole entity, which is the practice of the world's man-made religions. Unlike other spiritulities and religions with a mindset on books before they could command power, Odinala/Omenala is centred on Ofo na Ogu (Justice and Equity).

As it is said, those who go to equity must go with clean hands. This is Odinala/Omenala for you. Without such, the adherent is gone. The Igbo Aboriginal spiritualities share a broadly similar worldview with practices like Hinduism, Buddhism, Jainism, and Sikhism and others. While these Asian practices have evolved into churning out books yet has no singular book that superintends their practice, the Igbo practices believe that with the Afa, all they want to know can be divulged when atoned.

Ndi-Afa never interpret issues differently. Their results are all one on a particular subject. It is important to note that the Igbo Aboriginal spiritualities see the Divine presence in all things. Yes. The Igbo Aboriginal spiritualities see the concept known as God in some world's man-made religions as infinite and formless different from the worldly understanding of a powerful being somewhere who sees to the affairs of mankind.

The Igbo Aboriginal spiritualities are transcendental in form. Since the Odinala/Omenala is polytheistic, it sees 'God' in both male and female, animal form. This is the reason Chi na Eke (erroneously called Chineke) is dual.

The Igbo also sees 'God' in thotems. Some animals and birds are sacred to some individuals and towns. There is no monotheistic divinity as this is worshipped in both male male, female and animal forms.

What is known today as Chi'ukwu or Chukwu is just corrupt, with Eurocentrically worldview. Chi'ukwu was created by the Igbo, unlike in other stories where one entity was said to be the creator of the universe. Fluke you would say. Not even the Chi'ukwu Abiama matrix represents the misdirectional view of the Eurocentric creator of the world.

As individuals, the Igbo prays to different forms for Divine achievements of particular divine qualities or powers for the individual. The Aboriginal Igbo uses images to make the infinite understandable to the human mind.

'God' is represented in various forms and places in the Igbo Aboriginal spiritualities. It is saddening when some myopic sect ignorantly characterises these divine images by ‘idol’ oblivious they are elemental beings.