NNPC Committed to Bringing Down Cost of Production, Remaining Competitive 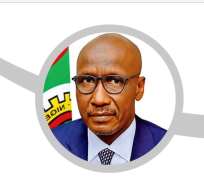 The Nigerian National Petroleum Corporation (NNPC) has, for the umpteenth time, pledged its commitment to bringing down the unit cost of oil production in the country to $10 per barrel, so as to remain competitive in the Industry and deliver value to all Nigerians.

Kyari projected that the global demand in the oil and gas industry will remain suppressed substantially till the end of 2020 but, however, noted that despite all the forecasts, oil will continue to play a significant role in the energy mix till 2050.

“So, it doesn’t mean oil will vanish. What it means is that in terms of its significance, in terms of the volumes of contribution, it will reduce as the years go by. It is also true that many countries have made significant business decisions in the use of fossil fuel, including the United Kingdom, which has said that no car will run on fossil fuel in the next 10 years. This portends a huge change in the way we consume fuel and as we progress, many countries may follow suit,” Kyari stated.

The NNPC helmsman observed that the ensuing global oil challenge will have an impact on NNPC’s production, which means that the Corporation must become more cost-efficient and be quick to the market.

“As a National Oil Company (NOC), looking forward to 2021 means we have to be more resilient and efficient in our operations. As a country, we have decided to bring down the cost of our oil production so as to remain competitive, be able to get to market earlier and remain in this game and ultimately, return value to our shareholders," the GMD added.

He explained that the NNPC was already working hard to deepen domestic gas utilisation by emplacing the right fiscal environment and the right infrastructure in order to generate more employment and broaden Nigeria's economy.

According to the GMD, the Petroleum Industry Bill (PIB) was the key enabler that would ensure NNPC’s fiscal environment becomes more competitive and transparent, where investors can project into the next 30 years.

Also in attendance at the event were some prominent Oil Industry personalities which include the Minister of State for Petroleum Resources, Chief Timipre Sylva; the Secretary General of the Organisation of Petroleum Exporting Countries (OPEC), Mr. Mohammed Sanusi Barkindo; the Director of the Department of Petroleum Resources (DPR), Mr. Sarki Auwalu; Managing Director, Nigeria LNG, Mr Tony Attah and the Executive Secretary of the Nigerian Content Development and Monitoring Board (NCDMB), Mr. Simbi Wabote.

In his remarks at the occasion, Chief Timipre Sylva, assessed the state of the sector, agreeing that urgent steps must be taken to ensure its survival.

“For us in the Ministry of Petroleum, we are looking at the National Gas Expansion Programme (NGEP), which will boost the use of natural gas in the short and medium terms. It is also part of the plan by the federal government to shift from crude oil to gas. We have initiated actions to improve gas accessibility and availability, and promote gas-based industrialisation as well as economic diversification,” Sylva stated.

On his part, OPEC scribe Barkindo, noted that in the last couple of months, the oil and gas industry in Nigeria has rebounded by over 116 per cent due to the robust decisions taken by key stakeholders, including President Muhammadu Buhari, who he said played a pivotal role in the OPEC Declaration of Cooperation (DoC) document.