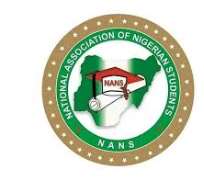 IV. To seek to resolve conflicts that may arise in the interactions of its members with the general public

V. To build a base for members to showcase themselves

These amongst many others are the prime objectives with which associations are established, and, as such, activities of associations toe the lines of achieving these objectives. For us in NANS, being a body of students, it is paramount that our conducts and activities as a body give light to the scholarly identity of its members. Upon this background, the myriad of events experienced at the recently concluded national convention calls for reflection.

It is no gainsaying that quite a number of reactions have trailed the national convention of the supposed umbrella body unifying all Nigerian students both home and in the diaspora and it need be stated emphatically that the statements are not far from the truth as the association has been made a poverty alleviation scheme by career students, who, in many cases, contest elective post in the association to fulfil the set-goals of their paymasters in the political space.

As a matter of fact, age is nothing but a numerical nomenclature, however, it stands as a weighty instrument of value when defining our place in the society especially in a society that has clause on who should be a member. To this end, the age of Sunday Asefon and the years he has been actively participating in students' struggle is enough parameter to disqualify him from contesting, or, at the least, question his intention for contesting and what he is still doing in students' unionism. Date back to 2010 (exactly a decade ago), he served as the National President of Federation of Ekiti State Students' Union (FESSU) and also served as the Coordinator of NANS Zone D in 2013, both as student of Ekiti State University. 10 years after serving as FESSU National President and 7 years after serving as the Coordinator of NANS Zone D in a country where educational curriculum is pegged at 6-3-3-4, here he is as the President of NANS. Meanwhile, reports have it that he is currently the Assistant CSO of Crown Polytechnic, Ekiti. Furthermore, controversies about his real age still greet us as a dilemma. Mr Asefon claimed to be 35 in a recently publicised text which he issued to discredit reports from bloggers, on the contrary, he pegged his age at 31 on his Facebook page which he has now edited to simply June 12. This shows insincerity on his part!

As a body, there ought to be clear-cut position taken against inconsistencies in biodata of persons willing to associate with the association with an intent either selfish or otherwise to mislead the body or the perception of the general public about us. This comes as a necessity when we are faced with situations in which persons who have been participating in active unionism for over a decade are still found at the corridor of power steering the wheels of affairs of our dear association.

At this point, it is imperative I write as an active player after reading different opinions on the recently concluded election and the general perspective of people about the association which, to me, insults the pure intention of some of us that have dedicated and committed a lot towards ensuring that the association is repositioned. Though, our best is not enough!

Before delving into the Crux of this piece, one fact which must not be denied is that, NANS just like every other CSOs in this country is at its nadir. This is a position I affirm as earlier stated during a radio programme on Impact Business Radio, Ibadan some two weeks ago which I was invited to in which communication was in Yoruba language. Also, the interests of politicians in the activities of the association has eroded its core values and objectives to the extent that people with no ideological clarity now jostle for elective offices in the association.

With reflections on the texts by Wole Soyinka, we can categorically say at this point, "the man dies". As the day goes by and as events roll on, the body derails from purpose and sanity. Today, NANS is not an association to be proud of (either as a member; student or an active player; aspirant). The association has so degenerated to a level whereby smooth, fair, credible, free and transparent transition process has become mere imagination with the election ground full of touts mobilised by aspirants to either disrupt the election process by threatening Senators (Students' Union Presidents) or protect them and operatives of the DSS who are there to do the biddings of a particular candidate based on directive.

In many cases, just as was witnessed at Lagos State College of Health Technology during the last election of Zone D executives in which I participated in as an aspirant for the position of Public Relations Officer, cultists mobilised by a particular candidate from Lagos State University being sponsored by the Lagos feudal Lord disrupted the election process when it was glaring that the election process was not favouring them and even shot at the Students' Union President of Federal University of Technology, Akure (FUTA) whom we had to rush to Federal Medical Centre (FMC), Ebute-Meta. The rest they say is history!

What we have in the association today establishes the saying that when abnormality occurs in perpetuity, it sets up a place to be seen as norm. In about a score, abnormalities have become norms with normalities becoming a fiction as NANS elections have always been full of violence which in most cases are motivated by clash of interests of politicians who have sponsored candidates aspiring to hold one elective post or the other.

Apart from the age debate of the "acclaimed" elected President of NANS, the election was marred with violence which has become an annual ritual to the extent that the operatives of DSS bundled out one Olushola Ladoja from UI who was also contesting for President. Why? DSS operatives have been given standing order to ensure that he (Ladoja) was not at the convention ground because it is believed that he was being sponsored by the Governor of Oyo State, Seyi Makinde (PDP) while Asefon Sunday was being sponsored by Governor of Ekiti State, Kayode Fayemi (APC) before the duo of Governors Rotimi Akeredolu (who stepped down his candidate) and Mai Mala Buni also came in to give their support.

Beyond the monetisation of NANS, it is imperative to note that the crisis rocking the association cannot be discussed without making reference to the local unions. Just as needle injects liquid content into the body and unbecoming political decisions and half-baked policies perforate into Nigerian educational sector is the way in which the failure of local unions is having a serious negative effect on the association with many Senators (Union Presidents) actively participating in pulling down the association by allowing themselves to be used by certain elements based on pecuniary motivation.

In view of the foregoing, we must remember the words of Frantz Fanon; “Ours is not to lament but to proffer a way forward”. On this note, I will beseech the greatest Nigerian students to begin to realize the enormous task that history has placed at their doorstep in ensuring the resuscitation of NANS from the hands of political jobbers and professional students whose only claim to stardom is remaining a student, even if it is for 600 years, as long as the benefits are guaranteed. Nigerian students must begin to internalize the struggle to reclaim NANS by having an increased participation in the school Unions, and, for those whose Unions are presently banned, they must begin to clamour for the immediate and unconditional restoration of the Unions because it is only by doing so that NANS can truly be returned to the hands of students in order to fulfill the aspirations of the association and Nigerian students at large.

Kazeem Olalekan Israel (GANI) is a fresh graduate of the Department of Political Science, Obafemi Awolowo University, Ile-Ife. He writes via [email protected]