*I'm rich, but not enough to part* 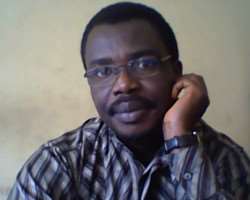 I never knew that some persons come to Facebook or other social media platforms, to disturb others they don't know in the real world, with what was supposed to be their personal financial problems, till this year.

Few months ago, a man sent a friend request to me on Facebook, and immediately I added him, he called me on video, to show me where his alleged children and wife, were wallowing in abject poverty.

I told him that I would have loved to help, but for the irritating months we spent indoors curbing Coronavirus of which within the period, I didn't do much. As if I was lying, this young man kept on calling, sending texts on Facebook, and I was really pissed off. It is a long story though.

I have had his ilk. There was a beautiful lady, who said she was in the university and needed money to buy indomie. She requested for 2k. After investigating her, I found out she was in the university and really needed help. One day, I inboxed her to send me with her bank details. After she did, immediately, she added to the indomie that she also needed 6k to buy her cream and soap. When I saw this, I sensed she was not homely and comely. It is a long story though.

There was another one who told me how he needed some 1k badly, and it is a long story though. These persons were not my friends on Facebook. They were just added as friends and the next thing was to tell me their personal financial problems. It does not work this way.

Whether they were genuine or false, it is said that it takes two to tango. We had not tangoed before they sent their gluttony to me as a request. If they really needed help, they ought to meet NGOs or crowdfunding forums who will go out of their way to source for funds for them.

Some of them that I am yet to render the moneytary help, resorted to call me names: How I don't practice what I preach. But I never preached that people should go about begging for arms from people who were not known to them. For instance, I once had a book project, instead of disturbing friends and family members here, I sourced for a crowdsourcing platform, which took the responsibility to get the money for me.

Please, I am who I am. I love humanity. One million and one have benefitted from me on social media. So I have also benefitted from the social media. Please, don't see me as a bad man who does not practice what he preaches because I am yet to assist you with your funding demands. Except you live in Mars, 2020 on the planet Earth is a different one that I, as an individual, is still making up to believe that it is almost gone.