CBN devalues the Naira to N392 per dollar 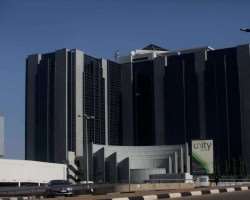 The Central Bank of Nigeria has devalued the Nigerian currency Naira by N32 against the United States’ dollar.

The regulator directed operatirs foreign exchange retail outlets bureau de change operators not to sell to end users at any rate higher than the N392 benchmark..

Mr. O.S. Nnaji, director of trade and exchange at the CBN, in a circular obtained by The Rainbow at the weekend announced that the new value which is expected to take effect from November 30 to December 14, 2020, said the volume of sales for each market now stands at $10,000 per bureau de change (BDC).

At the close of trading on Friday, figures from the financial market dealers exchange over the counter (FMDQ) NAFEX, an official market where the exchange rate is traded, also showed that the exchange rate between the naira and dollar has depreciated to N390/$1 — lowest level since the introduction of the import & export (I&E) window in 2017, according to a report on platformsafrica online.

This also followed recent comments by Godwin Emefiele, governor of the CBN, saying that the parallel market makes up only 5 percent of the overall FX market, patronised by people who go there for cash to offer bribe and corruption, noting that it should not be used to determine the naira's true value.

The apex bank sells $10,000 twice weekly to BDCs and has sold over $1 billion since September 7 when it resumed intervention following a break occasioned by the COVID-19 pandemic.

Nigeria's FX reserves further declined by $40.05 million week-on-week to $35.45 billion, as the outflows for the CBN's interventions across the various FX windows continue to outstrip dollar inflows.

Year-to-Date, the naira is down by 6.6 percent and 26.9 percent at the I&E window and in the parallel market, respectively