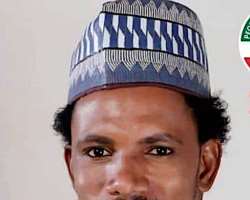 Controversial Adamawa senator, Elisha Abbo, has defected from the Peoples Democratic Party (PDP) to the ruling All Progressives Congress (APC).

He made known his decision to decamp in a letter to the Senate which was read out by the Senate President, Ahmad Lawan, at the start of plenary on Wednesday.

The announcement was made amidst cheers from mostly APC senators at the chamber.

In the letter, Mr Abbo said he chose to leave the PDP because of the “mismanagement” of the party’s issues by Governor Ahmadu Fintri of Adamawa State which has led to the recent crisis in the state.

He further said he has realised that no president in Nigeria has paid attention to the welfare of its citizens like President Muhammadu Buhari, ctiting the Trader Moni and other programmes as example.

“I hearby defect from the PDP with effect from today, 25th November, 2020,” part of the statement read. Mr Abbo was recently convicted and fined by a court for physically assaulting a woman.

Senator Abbo has been in the news for assaulting a woman in an adult toy shop in Abuja, the nation’s capital.

A High Court of the Federal Capital Territory sitting in Maitama, earlier in September, awarded N50 million damages against Senator Abbo, to be paid as compensation to Osimibibra Warmate, a female attendant at a sex-toy shop, whom he assaulted.

Justice Samira Bature gave the order in her judgment on the fundamental rights enforcement suit instituted by Warmate against the senator.

Earlier on July 3, 2019, the lawmaker was caught on camera physically assaulting a woman in Abuja, two months after he allegedly committed the act.