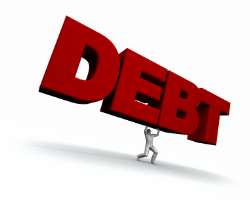 The recent acceleration in the build up of Nigeria's debt profile and servicing has created a controversial climate where almost everyone in the country has turned to analyst by their daily concern about the future of the country in years to come. Particularly, considering the current state of some of the projects that were financed with borrowed funds in the past.

While addressing the House of Representatives Committee on Finance in Abuja on 3rd November, 2020, the Minister of Finance, Budget and National Planning, Zainab Ahmed, echoed the intention of the Federal Government to borrow 1.2 millions dollars from the Brazilian government to address issues in the agriculture value chain in Nigeria.

Prior to this proposal, the nation had secured loans from different bodies at the international capital market. One of the most controversial loans was the one secured from China where the government agreed to cede the nation's sovereignty to the lender in case there is a default in the payment. Though, this seems to be an absurd considering the inherent trap which might indirectly turned Nigeria to the annex of China, but it further buttresses the fact that begger has no choice.

As it is today, Nigeria has no choice than to shop for loans in the capital markets because of the nature of her economy and the failure of the government to carry out geniugenuinee diversification. This failure makes the country to depend so much on the earnings derive from the crude oil at the international market to the extent that any fall in it's price will definitely have an adverse effect on the country's budget.

A veritable testimony to this is the reversal of the 2020 appropriation bill caused by the crash in the price of crude oil at the international market. Due to the crash, the 2020 budget was reduced to 10.8 trillion Nairia with the buck of the budget allocated for recurrent expenditure. This has been the bane of the country's development and the reason it is manifesting the symptoms of "motion without movement".

The same thing is applicable to most successive governments that have piloted the affairs of the country before "the era of Change and Next Level mantras". Infact, looking at the daily increase in the numbers of abandoned projects across the country, it seems the government only borrowed because of project count rather than development.

For instance, despite the amount of funds borrowed from both local and international capital markets since the country returned to democratization in 1999, the Pulp and Paper Mills at Iwopin, Jebha and Calabar, and Steel Complexes at Ajaokuta and Aladja still remain closed.

Similarly, the refineries that could save Nigeria a lot of dollars, if repaired and upgraded, still remains in comatose because of the thirst of the government for project count rather than development. These have really created rooms for wastage, unemployment and poverty.

In a society where development takes preference over 'project count', a government would have taken the abandoned projects across the country as its developmental project. But, because most of the political office holders in Nigeria value power than the people they continue to roll out different kinds of project even when the reality on ground suggests otherwise.

Though, it's not an offence to try to implement one's project Idea because these are parts of what make up party's manifesto and agenda. But, it becomes a poison to the soul of the nation when it is done at the detriment of the people and in total disregard for the reality on ground.

For instance, people are hungry the government is borrowing money to construct railway to Niger republic, paying jumbo salary and allowances to political holders, renovating national assembly complex with part of the money borrowed to finance the Nation's budget. These are part of the reasons the country is trapped with the humongous debit in the capital markets.

The latest record released by the Debit Management Office (DMO) shows that the total debit profile of the country has grown to 31 trillion Naira as against the 25 trillion Naira it was in 2019. This is likely to increase to over 36 trillion Naira with the proposed borrowing in the 2021 appropriation bill and the request sent to the national assembly for approval to collect loan from Brazil.

The funniest part of these borrowings is that the more the debit profile of the country increases the more the number of unemployed hands, underemployed, poverty and other attributes that normally associate with a failed State continue to accelerate at an unprecedented speed. This disconnect seems to create more fear in the minds of people about the chronic corruption virus that has eaten deep into the fabric of the country's system.

In the advanced climes, the more money borrowed the more development occurs. The more people's burden are being lifted. But in Nigeria, opposite is the case.

The recent statistics released by the National Bureau of Statistics (NBS) on the numbers of people struggling to survive in Nigeria shows that there is an inconspicuous means through which some of the loans secured are being diverted.

This could be deduced from the revelations that trailed the pallative meant to alleviate the hardship occassioned by the COVID-19 outbreak in the recent time. Infact, some of the projects implemented by the government were done because of the personal interest of those in charge. That is why project delay and diversion have gradually becoming the emblem of Nigeria in the international community.

Some of the projects commenced by the government in 2016 are still uncomplicated despite the promises made by the government to complete them before the end of 2019. These projects might remain uncompleted till the next electioneering period when the contractors will start working day and night in order to canvass for vote.

In Nigeria, it is only during the electioneering period that the politicians descend from the "political heaven" to visit the electorates on the "political Earth". There are political office holders that rule their area of jurisdiction from abroad. Though, they claimed to be the man of the people in the media. That is why the culture of anti-people's policies seems to be the common currency among the political elite.

Not too long ago, some members of the national assembly and their associates at the ministerial corridor canvassed a stringent penalty for hate speech before it was silently dropped due to the uproar it witnessed from the public.

Though, not all those who resisted the move really like hate speech, but the truth of the matter is that the so-called hate speech is caused by the failure of the government. Infact, it is very difficult to live in a country like Nigeria where the prices of goods and services seems to be a burden for the common man and would not be tempted to criticize the the government which might be digested as hate speech by the government.

For instance, some of the promoters of the Endsars protest are being investigated for terrorism. This shows the desperation of the government to silence dissent voices. The same would have happened if the hate speech bill was not resisted by the public. By now, the numbers of critics that would have been sentenced to death would have been more than the one witnessed under the General Sani Abacha regime.

Meanwhile, the majority of the silent factors that triggered the protests remain unaddressed. Apart from the police brutality, some of the silent reasons the protest was able to spread are the rate of unemployment, illitracy, poverty among others. These are the issues that need to be urgently addressed instead of persecuting the protesters.

Though, looking at the great distruction that followed the protest, no government would fold its hands and watch another protest to occur, but not in a draconian manner that the government is going about it.

It is shocking to note that up till date, the five hundred thousand N-power volunteers that were transited by the government to an undisclosed next level programme in June/July are still waiting to hear the details of the programme from the government even after four months of no stipend.

Yet, president Mohammadu Buhari promised to uplift 100 millions Nigerians from poverty in the next ten years while the 500 000 Npower volunteers have been turned back to the pool of unemployment on the pretext of new intake which by statistics seems to be minus hundred thousand in comparison with the number of the existed ones.

Now, that the nation had travelled to Brazil to request for 1.2 million dollars in order to revolutionized the agricultural sector, the government should take a step further by asking the government of the same country and other developed countries how to acquire the culture of honesty and integrity so that the nation will stop traveling from North to South, East to West and to the uttermost part of the world in shopping for loans to finance future budget and projects.