The World Should Expect Deadlier Things Than Coronavirus 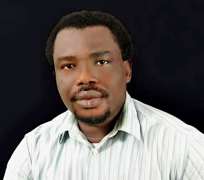 The individual is finding it hard to understand him or herself in the year 2020, given the Coronavirus pandemic, and the observations therein to contain its spread.

Many of us had thought that this circumstance would be dissolved by now, but it is holding a strong force in some countries and apprehension in the other, hence the fate of humanity is hypnotized to a large extent.

We are suffering too much these days whether we would like to accept the reality or not. The calamity is heightening per minute without the outcome hearkening to the individual's approach to get out of the conundrum.

Without the slightest doubt, the world is into the apocalyptic Third World War where atomic weapons were heralded to be fad in the war. With this, we have been experiencing heavy and ruinous political events of outsmarting lesser or dimwitted countries.

There are infinite terrors in the world today and the more efforts authorities put to quell the terrors persistent the terrors become. This was not how humanity were and the hapless society continue to wallow in fear. It was Cold War but this has correlation with other heinous events.

It is observable that whatever we are experiencing in the world today, are bereft of humane ideological point of view except for the wicked commercial pursuits they were created to suffer the rest of the world. It is not the poor man in the streets who invented the virus or terrorists but the economic industries of the few powerful society.

It was as a result of this economic interest that Europe for example spiced the world with greed in the medieval times when land grabbing, conquest and capitalism were the order of the day. This same economic interest spurred a man like Hitler to lead his people to avoidable war but due to he wanted to snoop into the trade of countries, a war that was terrible was fought across the world.

Man is full of dreadful ambitions. As we knew, the World War II was a rephrased First World War and what man is going through today, is a continuation of the previous wars but in a more organized ways but dangerous than any wars man had fought across all divides.

It is disturbing that some continents are saturating other continents with underground ruinous merchandise with such outcome like SARS and Coronavirus, Lesser Fever, Thyphoid Fever, HIV/AIDs, Siphilis and the other. This is how wars are fought in different dimensions with the sole aim that the poor masses should die for the single purpose of enriching the very few.

It is man's ego (the masses being an extension of the individual) that brew wars. The individual is very wicked, full of hatred, greed that by extension, affect the larger society. However, while the world solicits for peace in the midst of the chaos, peace on its own becomes a means of propaganda, where the rich rest on, to enrich themselves by a means of donations and what not. Imagine that with all the pro-peace organisations, treaties, NGOs, peace is still far-fetched in the world.

Till groups, tribes, localties, countries abrogated cruelty, egoistic lens, bigotry, competition, there will always be wars. The world is facing the consequences of human greed. Every peace initiatives in the world has a political undertone. This is the reason the Big5 hijacked the UN which was formed in the 40s to tame further occurrence of world wars. But here we are today, gasping in fear of Coronavirus regarded as world-wide cataclysm. Well, we must take our individual and collective efforts serious in order to ward off pains and reduce this hazard of catastrophe.