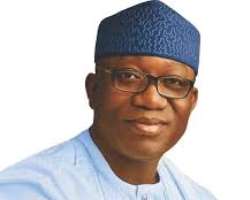 23. Even the monocultural, monolingual United Arab Emirates, of which Dubai Emirate is a member and Dubai, a favorite destination of the Nigerian Post-Colonial ruling elite its capital city, has a Federal System anchored on a “Federal Supreme Council, consisting of “the Rulers of the seven Emirates constituting the Federation or their deputies in their Emirates in case of Ruler’s absence or unavailability. Each emirate has one single vote in the Council resolutions and deliberations”, further recognizing the CENTRALITY of the PEOPLES in questions of Federalism.

24. The Yoruba Nation, having existed within the Federalist framework in her Social, Cultural and Lingual homogeneity, has now gone a step further by providing a template for a new Nigerian State anchored on “A Federal Nigeria, through a valid Federal Constitution, to be known as The Union of Nigerian Constituent Nationalities, with a Federal Presidential Council, whose members will be selected or elected from each of the Nationalities as Federating Units and from whom a Head of State will be selected or elected as the primus-inter-pares with an agreed term.”

25. The Chief Anthony Enahoro-led “MOVEMENT FOR NATIONAL RE-FORMATION” had also presented a similar template for consideration and it is surprising that Governor Kayode Fayemi failed to include these prescriptions in his address despite his having access to them.

26. The only conclusion that can be reached for this failure on his part is that he has abandoned the PEOPLES of Nigeria, pandering to the “Northern Script” starting from his revisionism on Nigeria’s historical experience anchored on his substitution of the Values, Cultures and Existentialism of Yoruba People, already negated by our existential experience where our Humanity became subjected to the economic and philosophical existentialism of the colonial power, such that the Governor could not situate his resolution of the Nigerian Problematic within the context of Yoruba Existentialism, itself a Federalist Project and despite his being a Yoruba.

27. Furthermore, the Governor launched a violent assault on the collective memory of Yoruba People, conveniently ignoring historical facts about Ahmadu Bello but eulogizing him and immortalizing “the legacies of the great political leader and premier of the defunct Northern Nigeria, salute his memory, and whose central political philosophy was that every Nigerian, and indeed all human beings, are created equal and that they are endowed by God with rights among which are life, liberty, equal opportunity, blessings and the legitimate pursuit of happiness.”

28. The following, and many more not listed here, constitute the Yoruba National experience with Ahmadu Bello:(a) rejection of Independence demanded by the Western Region thereby rejecting the existential coming into being of the Yoruba People, subjecting it to his own “northern” prerogatives;(b) his fierce opposition to creating more Regions in Nigeria, notably the Middle Belt Region in the North and the Calabar-Ogoja-Rivers Region in the East while collaborating with the NCNC to engineer the creation of the Mid-West from the Western Region, and this, despite the agitation by the Action Group for the creation of these Regions;(c) his refusal to allow a PLEBISCITE/REFERENDUM for the Yoruba People in Ilorin and Kabba Provinces, followed by the demonization and oppression of the Yoruba in those provinces by his government and party;(d) the illegal and Unconstitutional declaration of the State of Emergency in the Western Region; (e) the introduction of the Anglo-Nigerian Defense Pact, making nonsense of Nigeria’s Independence and stoutly opposed by the Action Group;(f) conniving with the “Monrovia Group” to scuttle the formation of the OAU, leading to its replacement by the toothless organization with no anti-colonial pathway for Africa; (g) for the other Peoples in Northern Nigeria, the formation of the Mobile Police, also known as “Kill and Go” for the singular purpose of “pacifying” the PEOPLES of the Middle Belt in their agitation for their own Region, popularly known as the “Tiv Riots”;(h) conniving with the British colonial power to ensure false Census figures giving numerical majority to the Northern Region thus enabling the Region to command Parliamentary majority in order to carry out its nefarious activity in dominating the Nigerian political space.

29. The simple reality is that Ahmadu Bello was one of the major political leaders from the North who assiduously worked against the emergence of Yoruba Existentialism and thus could NOT be said to be in favor of “ life, liberty, equal opportunity, blessings and the legitimate pursuit of happiness”, not only for the Yoruba, but also for the other Colonized Peoples of Nigeria, whose coming into being, after centuries of Colonial plunder, cannot simply be confined into the Nigerian Post-Colonial State Matrix without their consent.

30. With the Nigerian Post-Colonial State defining itself as a Democracy, it must be noted that the word “Democracy” springs from the Greek word “demos”, which means “the People” by which Democracy becomes the manifestation of the aspirations and expectations of the “demos”, the Peoples, which must be expressed and dominant, either directly through a Referendum or indirectly through periodic elections, delegating power and responsibility to her elected officials.

31. Utilization of such power is expected to be aimed at the deepening of the existential paradigms of the Peoples, ensuring their complete command of their environment thereby creating an enabling society for the manifestation of their God-given abilities in their relationships, first, among themselves, and then with other Peoples; therefore, the “demos” must be consulted on their aspirations and expectations through which any developmental deformities may be cured.

32. Development, for the African, must therefore be anchored on a Decolonization paradigm which subjects centuries of colonial subjugation to the rebirth of their HUMANITY. This paradigm cannot simply be reduced to a reformulation of TERRITORIAL FEDERALISM that is not anchored on INDIGENEITY when the INDIGENES are yet to be wiped out. Nor could that paradigm be conceived or executed as a series of administrative measures or boundary adjustments. The PEOPLES must be recognized as the Federating Entities.

33. This makes the resolution of the issues about Language, Culture and Values vital components of social, economic and political development, to be formally incorporated into any Structure of State, leading to the emergence of the “New Man” on the Continent, as had happened, and is happening in other parts of the world experiencing geometric growth in human development, further serving as a beacon to the Global African (Black) Community.

34. Language as a prerequisite for social and economic development had been shown and proven by the utilization of “indigenous” Languages in the production and reproduction of knowledge in the various “developed countries, and Nigeria cannot be different if there is a seriousness in the pursuit of development. This was a fact recognized by both the Egbe Omo Oduduwa as well as the Action Group Government of the Western Region by its deliberate pursuit of the development of the Yoruba Language, Culture and History.

35. The Swiss Confederation provides the classic response to Nigeria’s Multiplicity in its recognition of itself as a Multi-Nation Entity, hence requiring the establishment of a MULTI-NATIONAL STATE where the various issues attending to such multiplicity can be conveniently explored, realized and resolved. Nigeria cannot be any different.

36. The YORUBA REFERENDUM COMMITTEE has taken up the MANTLE to ask for, on behalf of the Yoruba People Worldwide, a REFERENDUM in Yorubaland as the ONLY way to determine the YORUBA RESPONSE to the current demands for “Restructuring” from various quarters, including the call for True Federalism by Yoruba leaders in their recent meeting with the Federal Government delegation led by its Chief of Staff, Agboola Gambari; the National Assembly; Governor Kayode Fayemi; Pastor Tunde Bakare; Afenifere; all the Yoruba/Oodua groups asking for Self Determination/Autonomy through the various protests recently embarked upon.

37. Governor Kayode Fayemi must jumpstart this Process through the Ekiti State House of Assembly, tasked with the passage of the “Bill for a Referendum in Yorubaland” if he is truly representing the Yoruba People of Ekiti State and not simply Ekiti State as a geo-political TERRITORY.