In Defence Of Truth: How DCP Abba Kyari recovered my millions, charged case to court — Contractor 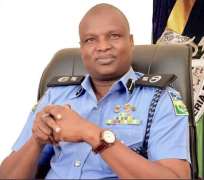 Following the accusation levelled against Deputy Commissioner of Police, Abba Kyari, at the Lagos State Judicial Panel of Inquiry and Restitution for SARS Related Abuses, that he extorted money from a suspect, a contractor, Eddy Obinna, who was at the centre of the incident in 2014, has come forward to put the record straight.

Obinna explained that Kyari’s accuser, Afeez Mojeed, allegedly defrauded him N97 million in 2014, when he wanted to procure some earth moving equipment from his cousin, Yusuf Olatunji Balogun.

Obinna said: “Balogun, who couldn’t deliver the equipment at the time it was needed, instructed his cousin, Mojeed, who was in possession of the money, to transfer it back to me, but Mojeed disappeared with the money.”

When Obinna and Balogun couldn’t reach Mojeed, Obinna petitioned the Lagos State Commissioner of Police over the matter.

The matter was assigned to the Special Anti-Robbery Squad, which was then headed by Kyari. The idea was for the unit to use its superior tracking prowess to locate Mojeed. Obinna noted: “The operatives tracked and arrested Mojeed.

“Mojeed transferred the N41.8 million to my account and the sum of N700,000 cash recovered in his possession by the Police, all part of the N97 million, were handed over to me.” It was further said that a Honda Accord car and building documents were confiscated from Mojeed and registered as exhibits by the Police.

Obinna said: “The police succeeded in assisting me to recover N42.5 million out of the N97 million, which Mojeed took from me.

“He has to balance me N54.5 million.
“The money was released to me and I signed some documents after receiving the money.

“The matter was taken to the Magistrate Court 2 Ikeja and later High Court Ikoyi, where I thought I would get justice and my balance.”

Obinna remembered that the matter dragged in court due to several adjournments, frustrating the complainant.

He recollected: “I went to court about five times. “There were times I was in court and it wouldn’t be in session. “I became frustrated.

“Moreover, my other businesses were suffering. “Those businesses took me out of Nigeria. “When I returned, I was shocked to hear that the matter had been struck out, but the suspect wasn’t acquitted.”

Reacting to a statement filed by Mojeed’s lawyer, Salawu Akingbolu, that Kyari extorted Mojeed N41.8 million in 2014, Obinna described the allegations as untrue.

He said: “I was shocked when I read that Kyari extorted N41.8 million from Mojeed on a matter which I am the complainant.

“Mojeed begged me several times for forgiveness after he was arrested. “His cousin, Balogun, who paid my money into his account with instruction that he should transfer it to me, is still alive.

“I’m ready to appear before the panel to state the facts. “I won’t allow Mojeed and his lawyer to get away with this.

“I have a copy of his statement of account, which showed clearly that Balogun paid my N97 million into his account and he ran away with it and even spent N54.5 million from it.”