Put your house in order 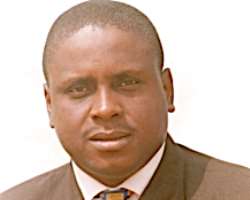 Is your house in order? Are you sure? The chaos and confusion we often see within, around us and after we have left the stage are always as a result of our inability to do what we are supposed to do, how we are supposed to do it and at the right time. When we neglect our duties, those after us and the entire society pay for it. Here, we will look at the factors and actions that often lead us to these avoidable problems. We will also see how they affect us, our relationships and our family. Don’t you see all the fighting that engulf most of our families today just because inheritance and properties? It is God’s will that we live happily, successfully and also pass on love, peace, obedience and divine covenants and relationships to our children and next generations and not hatred, hostility and endless ‘war’ as we see everywhere. Many homes, institutions are today in bitter battles because somebody did not do what he or she was supposed to do on time. And you know what happens in the home affect the whole society. If they are faulty, sure the society will be in chaos. But if we get it right at home level, then, we will have a peaceful, happy and prosperous society. Now, look at your family, your establishment do you think it is how it is supposed to be?

Maybe we will try to start from the very beginning so that we can get enough background of what we want to discuss here. Shall we? The first home was in Eden. It was beautiful and blessed. But look at what happened there when it did not function as it was made to. That failure brought the downfall of man and the whole creation, “The serpent was the shrewdest of all the wild animals the LORD God had made. One day he asked the woman, ‘Did God really say you must not eat the fruit from any of the trees in the garden?’ ‘Of course we may eat fruit from the trees in the garden,’ the woman replied. ‘It’s only the fruit from the tree in the middle of the garden that we are not allowed to eat.’ God said, ‘You must not eat it or even touch it; if you do, you will die.’ ‘You won’t die!” the serpent replied to the woman. ‘God knows that your eyes will be opened as soon as you eat it, and you will be like God, knowing both good and evil.”

The woman was convinced. She saw that the tree was beautiful and its fruit looked delicious, and she wanted the wisdom it would give her. So she took some of the fruit and ate it. Then she gave some to her husband, who was with her, and he ate it, too. At that moment their eyes were opened, and they suddenly felt shame at their nakedness. So they sewed fig leaves together to cover themselves. When the cool evening breezes were blowing, the man and his wife heard the LORD God walking about in the garden. So they hid from the LORD God among the trees. Then the LORD God called to the man, ‘Where are you?’ He replied, ‘I heard you walking in the garden, so I hid. I was afraid because I was naked.’ ‘Who told you that you were naked?’ the LORD God asked. ‘Have you eaten from the tree whose fruit I commanded you not to eat?’ The man replied, ‘It was the woman you gave me who gave me the fruit, and I ate it.” Genesis 3:1-12

Did you read that? This was the foundation of disrupting the home. The serpent there is the Devil, that same old deceiver. He came to lure them into disobeying God’s instructions. God had made everything beautiful and placed Adam and Eve to take care of the creation. The home and the relationship were perfect until this unholy interaction with the wicked one. I ran the whole conversation just for us to appreciate what happened, but our major interest is the anomaly of the role the woman played in the mess and the failure and inability of the man to assert his leadership and headship. A wise woman would have involved the man, the husband in the discussion and the process from the beginning. Why did Eve entertain the discussion, finalized and acted upon same before involving the man – the head of the home? And like some believe that Adam was present, how could he be watching helplessly and stupidly as that old deceiver lured his wife into sin and destruction without uttering a word? Why did he even eat that fruit without any form of resistance?

There must be a gap in this whole story. Remember, the responsibility was on Adam as the head of the home. Eve was only a helper. Adam was the head. That was why when God came he addressed the man and not the woman. He called and interrogated Adam as the head of the home. The matter was between God and the man. God holds man responsible for the success or failure of the home. This first family was abnormal. The woman received the visitor, did all the discussions, collected the apple and finally gave it to her irresponsible, docile husband and he ate it whole without asking a question. My God! Adam acted as if he was bound by something throughout this period. But are there men like him today? Sure! Look around you will see many of them. I mean men who have been turned into wives, observers, robots, visitors, onlookers, servants, assistants, rubberstamps in their own home with satanic powers. They have since lost their spiritual and physical positions and their headship. Like Adam, they are being caged and manipulated by the daughters of Eve and Jezebel. But I pray that they be released today from these chains of the enemy in the mighty name of Jesus! It is very clear here that Eve was completely in charge. No wonder that union also produced a terrible seed like Cain; the first murderer, the first assassin. By action, it is clear that this Adam was not qualified or better did not know exactly what was expected of him as the head of the family and creation.

Things have gone wrong in many homes today because the men who are supposed to be the head have abdicated their roles and responsibilities. The women or other interests have since taken over their positions. This is abnormal. It is not the will of God. Adam was the one given the responsibility and when he failed, he was also asked to explain. And this is not about who is richer, who has a better job, physically bigger, more intelligent, more beautiful or educated. No! It is a spiritual order. It is the way God designed it. What wise, godly women do is that they totally support their husbands, encourage and be patient with them, cover their nakedness and weaknesses and consistently front and position them as the head. But the ungodly, will dishonour, disgrace, abuse and expose theirs, especially when he is no more measuring up financially or educationally. No matter how big or successful the woman is, God still sees the man (even if he is deformed) as the head of the home. And any attempt to ridicule or forcefully relegate him can attract serious divine curses, rebuke and problem to the home. Yes, I hear you say that some of them are very irresponsible, foolish and careless. Yes, that is true. But they are still the head spiritual. You just have to pray for them to regain their senses, position and also ask for the grace and wisdom to cope and make them what God wants them to be. At Eden, at the first home, God demanded for explanation and accountability from the man and not the woman. Now, if you are a man, you must rise up immediately and take your position! We will look at other areas next week.

Gabriel Agbo is the author of the books / audiobooks: Power of Midnight Prayer, Receive Your Healing, Breaking Generational Curses: Claiming Your Freedom, Never Again!, I Shall Not Die, Move Forward and many others. Tel: 08037113283 E-mail: [email protected] Website www.authorsden.com/pastorgabrielnagbo