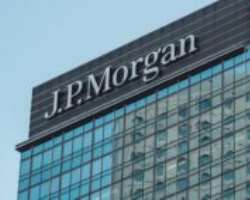 JPMorgan Chase & Co., the United States' largest bank , has agreed to identify any bank officials who signed off on $875 million of transfers to a former Nigerian oil minister Dan Etete.

The lawyer representing the US bank and the Nigerian government agreed in a London court hearing on Thursday that the bank would reveal the persons involved in the approval of the payment.

The British court held that the trial will start early 2022.

Nigeria accused the U.S. bank in a London lawsuit of ignoring red flags when it transferred funds between 2011 to 2013 from government accounts to Dan Etete, who had been convicted of money laundering.

The incumbent Nigerian government led by former military leader Muhammadu Buhari i holds strongly the position that the contract awarded by one of its predecessors to explore the deep waters off the Gulf of Guinea was underlined with underhanded dealings.

Nigeria had in a lawsuit accused the largest US bank of not doing enough to safeguard the country's money.

The suit filed in the English courts in 2017 relates to the purchase of the offshore OPL 245 oilfield in Nigeria by oil majors, Royal Dutch Shell and Eni in 2011, which is the subject of ongoing litigation in Milan.

The Federal Government filed the legal action against JP Morgan Chase & Co for its failure to prevent the payment of about $875 million to corrupt parties.

Lawyer to Nigeria Nigeria, Roger Masefield, previously told the judge that the bank was being “incredibly coy” about its decision-making process.

In the legal filings, he cited a JPMorgan manager saying in 2013 that “there were lessons to learn” from an earlier payment. The bank also filed six suspicious transaction reports to British authorities.

“The identity of the decision makers really does go to the heart of the dispute,” Masefield said.

The U.K. agency responsible for policing suspicious transactions at the time told JPMorgan that it was up to the bank to decide whether to make the payment in 2011.

“This claim will move forward and the Federal Republic of Nigeria will hold JP Morgan accountable for its central role” in the fraud, the government said in a statement after the hearing.

Nigeria alleges that the fraud reached the highest levels of the government of then-President Goodluck Jonathan — who has himself denied wrongdoing.

The bank is maintaining legal privilege over some documents, Rosalind Phelps, a lawyer for JPMorgan, said in court. The lawsuit is “really all to do with what the bank knew,” she said.

John Coulter, who oversaw sub-Saharan Africa for the bank at the time, said that he had no involvement in the final decisions to make the 2011 or 2013 payments, according to Nigeria's legal filing.

The Muhammadu Buhari administration alleged that the contract awarded by the past government to explore the Gulf of Guinea was marred with irregularities.

Nigeria's lawyer, Roger Masefield, said, “The identity of the decision makers really does go to the heart of the dispute.”

JPMorgan before the transfer had told British regulators that it suspected it was transferring money to a convicted money launderer before it went ahead with the transfer.

However, based on British law, banks should take decisions to favour their customer's interest despite pressure from a party connected to their customer.

During former President Goodluck Jonathan's term, Etete helped facilitate the transfer of payment from Shell and Eni to Malabu Oil and Gas.

The six-week trial in London is expected to commence on the first available date after November 1 2021, meaning that proceedings may not begin until 2022.