President Buhari Should Save Nigeria Before It Becomes Bankrupt 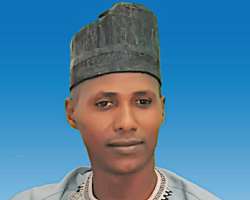 Nigeria at this time cannot stand on its own without debt and debts because at this time Nigeria look at debt as the only solution to financial burden.

The total external debt of 36 states and the Federal Capital Territory stood at N31. 009 trillion or $85.897 Billion.

The Debt Management Office (DMO) says “The increase in the debt stock by N2. 381 trillion or $6.593 billion was accounted for the $3.36 billion Budget Support Loan from the International Monetary Fund, the New Domestic Borrowing to finance the Revised 2020 Appropriation Act, including the issuance of the N162.55 Billion Sukuk, and Promissory Notes issued to settle claim of exporters."

Lagos, Rivers, Akwa Ibom, Delta and Cross River States are the leading debtor-states in the country while Yobe and Anambra States have the least debt burden.

The position of Nigerian debt as compared with the rest of the world, has worsened in 2018 in terms of GDP percentage. In 2018, Nigeria is number 27 in the list of debt to GDP and 34 in debt per capita, out of the 186 in the world.

Nigeria at every opportunity looks at borrowing as the only way forward to end financial crises and to move ahead while the debt has detrimental negative effects to countries. Some of the conditions of external debts include: If a country cannot repay its external debt, it faces a debt crisis, If a nation fails to repay its external debt, it is said to be in sovereign default and external debt can take the form of a tied loan, whereby the borrower must apply any spending of the funds to the country that is providing the loan and must of the loans can't be used to improve education and health conditions.

Nigerian government is crying on the little that is coming from the revenue sectors of the country and many Nigerians blame the National Assembly for having the lion share of Nigeria income.

President Muhammadu Buhari as the presidential aspirant on the platform of the 'Congress for Progressive Change (CPC) in 2011 promised to champion a downward review of the salaries and allowances of legislators in the National and States Assembly if elected as president in the 2011 general elections is allowing this lopsided payment that only Nigeria in the world' is paying such whooping amount to our National Assembly.

The former military Head of state is known to be a technocrat whose aim is to "fight corruption and adjust the country to world standard progress and as the aspirant of presidential ticket in 2011 he said his government would not tolerate a situation whereby public officials enjoy jumbo allowances whereas the state of infrastructure across the country remains dilapidated and appalling" but at this time nothing has change because NNPC, FIRS, CBN and many agencies and organizations enjoy much more than others, and the dichotomy between Degree and Higher National Diploma still exists with much inconsistencies.

Nigerian governors also earn lavish salary with extravagant allowances. The annual average salary a state governor earns is N11,540,896 with the annual leave allowance slated at N222,370.50. According to the 2009 approved earnings accrued to public office holders, a state governor is entitled to 400% of his annual basic salary which is N8,894,820.00 and serves as allowances for maintenance of vehicles and the severance gratuity allowance is N6,671,115 after serving as governor while their commissioners earn N1.33 million per month.

Most of the giant percentage of Nigerian fund goes to politicians while the country keeps suffering and the citizens paying for the luxury of their leaders. Many governors now shifted their attention on revenue generation and make tasks the only way out of the country's burden. At this time of economic resources many states impose different task for their people just for the states to survive the economic condition.

President Muhammad Buhari has a number six executive power to change this disparity and if it is going to be voted Nigerians will never support the idea where almost the 70% of its fund goes to politicians.

But it is appreciable that the attention of the Federal government is shifting to skill in the areas of science and technology to make Nigeria a viable country among the developed nations.

Recently, a team of TetFund visited Kaduna Polytechnic to meet the Rector of the institution, Professor Idris Bugaje to conduct research on the demands of the Institution in the area of technology in the quest of the present government to improve made in Nigeria. However, the team visited Panteka market to make a feasibility study on how to intervene and assist the informal technological sectors in the countries which Kaduna Polytechnic has already intervened in training and certification of the traders. This new concept of the present government will develop Nigeria and cut down importation and develop Nigerian technological sectors and this idea will reduce the high reliance on oil.

However, with the recently launched Young Farmers' Programme in the area of agriculture Nigeria will reclaim its potentials and progresses but it is very important for Nigeria to spell its problem and provides solutions because it is late to cry when the head is cut.