How 13%, Nddc Benefits Are Hijacked From Oil Communities 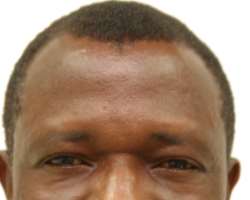 Contrary to widely held view that core oil producing areas in the Niger Delta are benefiting from 13 percent derivation and the Niger Delta Development Commission (NDDC) projects, there is no impact of these interventions in the areas.

Instead, state governors, government officials and politicians at both federal and state levels take advantage of vulnerability and gullibility of these oil communities to divert these benefits to their preferred locations, leaving the core oil communities to fate. The communities have no voice or representatives in government.

Since 1999 till date over N9 trillion has been paid to the oil producing states as 13 percent derivation. The state governors of Bayelsa, Rivers, Delta, Akwa Ibom, Edo, Ondo, Abia and Imo states have failed to use this money for the development of the oil producing communities as required by law.

The intents of Section 162, Sub-section 2 of the 1999 Constitution (as amended) on the 13 percent derivation, and the NDDC Act, 2000, are for compensation of oil communities for social and environmental pollution and damages arising from oil exploration and production.

Rather than disburse the money as statutorily required, the state governors and their representatives spend the money at whims in a way similar to security votes. No accountability. Besides their pockets, they concentrate development in the state capitals, and other areas of personal interests, without consideration for the core oil areas. Regrettably, they get away with this misappropriation, using the instrumentality of their offices to intimidate the people.

The conditions of the oil communities do not matter to these governors despite the excruciating pains they go through in their spirit, soul and body, seeing their wealth being carted away and losing their means of livelihood to environmental ruin with no basic amenities like electricity, schools, drinkable water, roads, or even cottage hospitals.

While the state capitals and other cities of the governors’ preferences receive development attention, these oil communities experience nothing but presence of stern-looking and heavily armed naval or military personnel deployed to protect oil facilities. Youths in these communities no longer live freely, dress freely or walk freely as these armed officers see them as miscreants. Some of these youths have been innocently murdered.

Of these commissions, DESOPADEC is most notorious for breaching the statutory process in the disbursement of the 13% derivation. Of the 13% accruing to Delta State, the governor retains 50% for “special duties” and development of other non-oil producing areas of the state, including the state capital, Asaba, leaving the remaining 50% for the oil areas. Nothing to show for this 50% as it is drained by recurrent expenditure, including payment for office spaces rented mostly outside the oil producing areas. What is left is cosmetic handouts to deceive the communities.

This explains why oil producing communities are the least developed in each of the oil producing states with pitiable infrastructural deficit, as typified by Ilaje area of Ondo State.This is the trend in all the Niger Delta states, Abia and Imo states.

As if this is not enough, the NDDC, a federal government agency, is also a culprit in this web. Members of this commission are apron string of the Presidency and National Assembly from where they take directives on contracts. This overbearing influence has consequently emboldened the appointed officials to also skew contracts selfishly for themselves in defiance of statutory protocols. This is the underpinning reason for budget padding, and why it has become an annual ritual at the National Assembly.

This also explains why fraud, including ghost contracts, diversion of projects to private empires, and false usage ofnames of oil host communities as beneficiaries have become a tradition in NDDC. In reality, what is left on ground in these communities are bogus signages of the Commission erected to reflect non-existent projects.

Oil has brought miseries to the people to the extent that even basic agricultural and fishery activities which provide hope for these oil communities have declined overtime due to continuous acquisition and allocation of their territories as oil blocks by government through forceful acquisition.

In law, whoever owns the land, owns the resources therein, and this principle is supported by the Ad Coelum Doctrine. While this is applicable in other parts of the country where gold and other mineral resources are found, the loathsome Petroleum Actof 1966 which now forms part of the 1999 Constitution deprivesthe oil communities of their resources. This is at variance with practices in advanced democracies where host communities, states or regions own the resources and pay taxes to government.

The Water Resources Bill awaiting representation to the National Assembly is another attempt to rob the oil communities of their resources. If passed into law, their means of livelihood would have been taken away as it will become illegal for these communities to carry out fishing occupation in their own territorial waters. This also means that the 13 percent derivation from offshore oil fields will be lost to the federal government. Over 80 percent of the oil communities are located in the riverine areas.

That the lives of the oil communities do not matter to government was evident in the manner the National Oil Spill Detection and Response Agency’s (NOSDRA) handled the issue of dead fishes that were washed ashore the Niger Delta coastlinerecently. Rather than do a painstaking investigation driven by professional commitment to establish the actual cause of the dead fishes, NOSDRA hurriedly attributed it to toxic wastes discharge, yet, failed to identify companies responsible for it. We are talking of the aquatic life and means of livelihood of the people here!

The plight of the oil communities also finds expression in the exorbitant cost of petroleum products in the riverine areas. The Petroleum Equalisation Fund established to administer uniform prices across the country has left out the riverine areas in their network. The people pay far and above pump price of these products. Just imagine the agony the people go through buying petrol for outboard engine boats used for fishing and transportation. No cost bridging for them. That is why the man in Jibia, Katsina State buys fuel cheaper than the person inDeghele, an oil producing community in Delta State.

What has sustained and kept the peace in the oil producing areas till date, are not the ghost 13 percent and NDDC projects, but efforts of oil companies who, through their corporate social responsibility policies, have been able to add some measure of values to the lives of their host communities. But this can be improved further by adopting the NNPC template used for the rehabilitation of the North East.

The NNPC had mandated the oil companies to fund reconstruction of infrastructure - schools, hospitals, roads, electricity, houses, and other infrastructure in the destroyed territories of the North East under specially approved cost recoverable budget. This template should be replicated to rehabilitate the Niger Delta territories.

Government can also improve the deplorable conditions in the oil producing areas by directing the oil companies to relocate their headquarters from Lagos to Niger Delta where they have their operations. This will accelerate development throughimproved taxes for the states, job creation for the youths, and the concomitant multiplier effect will boost demand for goods and services at the local economic front.

Those who are opposed to this are quick to cite security concerns. But how come this has not disrupted the country’s daily oil production? Since the relocation of Nigeria LNG Limited’s headquarters from Lagos to Bonny, Rivers State where its operational base is, none of its employees has been kidnapped. They enjoy an atmosphere of peace and security in the area. Their presence alone in Bonny has opened up and raised the level of business and commercial activities of the town and its environs.

The story is the same with the Nigerian Content Development and Monitoring Board (NCDMB) which has its headquarters in Yenagoa, the Bayelsa State capital. The modular refineries in Edo and Imo states have also brought development to their host communities.

Government should adopt these measures to end the suffering inthe Niger Delta region.

Michael Owhoko is a journalist, author and Publisher of Media Issues, an online newspaper that can be found at www.mediaissuesng.com. He is the author of The Language of Oil & Gas, among other publications.