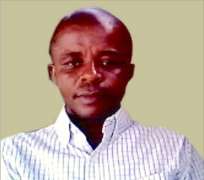 Nigeria is recognized globally as the most populous black nation in the world. This enormous population naturally bestows socioeconomic advantages such as large and abundant human capital. Yet, over the years, myriads of sociopolitical contradictions have conspired directly and indirectly to give the unenviable tag of a country in constant search of leadership. Its inability to manage her population and harness its God given natural resources has become an embarrassment of the sort before the international community.

More specifically, available information points to reality that the nation’s education sector which supposed to be the major and fastest agent of change and civilization is presently burdened and overwhelmed. With the nation’s current population of over 195.9 million, 45 per cent of which are below 15 years, there is huge demand for learning opportunities translating into increased enrolment which has created challenges in ensuring quality education since resources are spread more thinly, resulting in more than 100 pupils for one teacher as against the UNESCO benchmark of 35 students per teacher and culminating in students learning under trees for lack of classrooms. This is of sincere concern to this piece.

But of greater worry to the present discourse is the government payment of lip service to the development of the nation’s educational sector. Observably, in recent times there have been no concerted efforts that could be characterized as sustainable to increased funding of education which is needed for Nigeria to join the comity of Nations in achieving the 2030 agenda.

Good example of how the government has recently defined learning too narrowly in a manner devoid of process and outcome fairness, is the handling/management of the ongoing strike action embarked upon by the Academic Staff Union of Universities (ASUU), to kick against government directive on the Integrated Payroll Personnel Information System (IPPIS), press for the revitalisation of universities; renegotiate 2009 agreement and of course push for the Earned Academic Allowances (EAA) of members.

The strike aside truncating academic calendar, and happening at a time when other countries are re-doubling their investments in education, and finding traditional progressive solution to education as extremely valuable strategy for solving society's problems, there are in fact, more natural reasons why what is happening in the nation’s education sector under the present administration rings apprehension.

First, going by media reports, the All Progressive Congress led federal Government (APC) during its electioneering in 2015, promised to carry out a thorough review of the Education sector and tackle the main causes of the sectors’ decline, implement fully and enforce the provisions of the Universal Basic Education Act with emphasis on gender equity in primary and secondary school enrolment while also improving the quality and substance of the schools.

The party also promised that it would reinstate the now abandoned Teacher Training Colleges to train teachers, make substantial investments in training programmes at all levels of the educational system, re-introduce technical and vocational education nationwide by giving adequate material support to such institutions. Further, it wants to energise the inspectorate divisions of education ministries nationwide, and offer free and qualitative primary and secondary education to all and up to tertiary level for women among others. The APC says up to 10% percent of the annual budget would be for the sector.

Today, Nigerians have matched for over 5 years with the Government formed by the same party without appreciable departure from the traditional marginalization of the sector. Even the Federal Ministry of Education is in agreement that the funding of education by the present administration at all levels is below the benchmark recommended by the United Nations Educational Scientific and Cultural Organisation (UNESCO) which pegged funding of education at 26 per cent of the national budget or 6 per cent of the gross domestic products (GDP). But contrary to these directives, Nigerian government allocates currently about 6 per cent of the national budget to education.

As an illustration, in the 2017 Appropriation Act, N448.01 billion representing 6.0 per cent of the N7.30 trillion budgets was allocated to education.

Similarly, the budgetary allocation for education in 2020 is N671.07 billion constituting 6.7%. Of the N671.07 billion allocated to the Federal Ministry of education, the sum includes the statutory transfer allocated to the Universal Basic Education Commission (UBEC) which is N111.79 Billion. UBEC intervention funds as we know are focused on collaboration with other state actors towards improving access to basic education and reducing Nigeria’s out of school children.When compared with 2019, there is however a 44.37% increase in capital expenditure.Yet, a short fall in the UNESCO’s benchmark.

On ASUU strike, many argue that the present administration should be excused as strike and other rots in the Nigerian education system did not just start today but dates back to 1988 when the union’s officials started a protest over a wage increase which led to the suspension of the union and then reinstated in 1990. Others are of the opinion that it amounts to indiscipline/insubordination on the part of ASUU to be at loggerheads with the government just because its members were directed to enroll in the Integrated Payroll Personnel Information System (IPPIS) which the government made compulsory for all civil servants.To the rest, strike action to some extent poses problems to liberal societies.As it in some ways involve violence, threaten public order itself, often violate some basic liberal liberties, and appear to involve group rights having priorities over individual ones.

Despite this flood of argument, the question may be asked; what prevented the Federal Government from abiding with the terms of the Memorandum of Understanding entered with ASUU since 2019? Why has FG demonstrated a very high level of timidity in implementing such accord and similar ones in the past? Why is FG unwilling to adopt the University Transparency and Accountability Solution (UTAS) as suggested by ASUU while insisting that ASUU should first migrate to IPPIS before returning to UTAS which the group believes makes no economic sense? Why has it become difficult for the FG to listen to the argument by ASUU that the much orchestrated IPPIS is not in line with the best global practice and capped with capacity to further reduce the ranking of Nigerian universities?

As the strike rants and raves and the youths continue to stay at home of which we all understand its negative socioeconomic implications,one point the Federal Government must not fail to remember is that globally; ‘the relationship between employers/employees is always strained, always headed toward conflict. It is a natural conflict built into the system. Unions do not strike on a whim or use the strike to show off their strength. They look on strikes as costly and disturbing, especially for workers and their families. Strikes are called as last resort. And any government that fails to manage this delicate relationship profitably or fails to develop a cordial relationship with the workers becomes an enemy of not just the workers but that of the open society and, such society will sooner than later find itself degenerate into a chaos.

Another important point that the present administration must ponder on to help it understand the need for truce is that ‘lecturers/teachers not only teach errant students, they parent them, pamper them wherever that is called for, discipline and guide them, take the worst attitude in them and turn it into something more engaging and productive, yet, they are barely acknowledged by society, let alone giving them their just rewards. Many suffer from depression, psychological trauma and even suicidal tendency out of a sense of inadequacy at various intervals. They work so hard for so little’

Finally, while this piece admits that the nation educational sector has in the past produced excellent graduates in different fields of human endeavors, the truth must be told to the fact that the sector needs to be adequately funded, its policies reworked to meet the 21st century demands and consolidates on the gains of the present, with entrepreneurial programmes/studies integrated from the primary schools to the university levels.