WTO: The Politics Against the Emergence of Okonjo-Iweala as DG 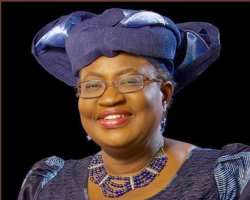 The country, United States of America, has grown its tentacles so big among countries of the world that its stand on international organisations has effect in both the funding and recognition of such agency. It became a huge blow for the United Nations specialised agency, World Health Organisation (WHO) when president Donald Trump moved to withdraw US participation from the agency, sometime in July. Although the president claimed conspiracy theory between WHO and China for downplaying the destructive effect of COVID-19, the remote cause has been the fierce economic battle between China and US. Trump believed China initiated the virus to bring setback to the then booming US economy.

Howbeit she was voted to be the Director-General of the World Trade Organisation(WTO) by 163 out of 164 members of the trade organisation, the US Trade Representative discredit the candidature of Dr. Ngozi Okonjo-Iweala to give credence to the candidature of Yoo Myung-hee, her opponent. This was made known in a statement released by US trade representative after the selection of Okonjo-Iweala. The statement reads: “The United States supports the selection of Korean Trade Minister Yoo Myung-hee as the next WTO Director-General. Minister Yoo is a bona-fide trade expert who has distinguished herself during a 25-year career as a successful trade negotiator and trade policy maker. She has all the skills necessary to be an effective leader of the organisation”. “The WTO is badly in need of major reform. It must be led by someone with real, hands-on experience in the field”. Contrary to this statement, the voted aspirant, Dr. Ngozi Okonjo-Iweala, has a superb global economic resume than Yoo Myung-hee, who has only been her country’s Minister for Trade. Okonjo-Iweala was a development economist, rising to the number two position of Managing Director at the world bank. She presently sits on the boards of Standard Chartered Bank, Twitter, Global Alliance for Vaccines and Immunization(GAVI) and the African Risk Capacity(ARC). However, there is indication that US is supporting a South Korean national ahead of a naturalized citizen of the US because of its economic supremacy battle with China.

Following this, US and South Korea had formed security alliance since 1953, when the Korean War ended. This alliance has prompted the United States to help South Korea defend itself, particularly from North Korea. It has also helped US to use the channel to penetrate its interest and might in East Asia. What started as a security partnership metarmophosed into economic relationship which bolstered the US-South Korea Free Trade Agreement(KORUS FTA) that enhances the United States the second-largest trading partner with South Korea.

Furthermore, the two countries’ relationship started shaking when Donald Trump made a bluster of withdrawing US forces from South Korea unless Seoul, the capital of South Korea, pays $5 billion a year, a figure more than five times the amount that South Korea agreed to pay for a one-year deal covering 2019 and Trump’s interest to revise the Free Trade Agreement at total disadvantage of South Korea. Whereas, the republic of China having noticed the friction in the relationship between the two nations, weighed in to use the opportunity in strengthening its not yet solid relationship with South Korea.

Sequel to this, sometime in September, the Chinese Ambassador to South Korea, Xing Gaining, called on South Korea to join the Beijing global data security initiative, a counter claim against the US government’s call to deter countries from adopting Chinese technology. Given this, the US officials with their excellent diplomatic instinct would have thought a public support for a South Korean citizen would send the encouraging message to the government officials of the Republic of Korea(ROK) that they are still in partnership, despite the mishap. It is to this effect that Mike Pompeo, US secretary of state, planned a visit to South Korea around October but was cancelled due to the waves of COVID-19 at the White House.

Moreover, US opposition to Okonjo-Iweala’s emergence as the WTO DG can also be traced to her root. Truly they know she has just acquired the citizenship of US, her heart still strongly beats for Nigeria. They are doubtful about Nigeria’s loyalty, prior to its recent relationship with China. To them, the emergence of the Nigerian citizen by birth may be a green light for China to easily explore. To vividly juxtapose this, part of the reason the US government through Stephen Dowd, the former Director of the bank, was against the second term bid of Dr. Akinwumi Adesina ,the president of African Development Bank(AFDB) was his refusal to restrict the many investment activities of China in Africa ahead of the US.

Even though US cannot stop Okonjo-Iweala from becoming the Director-General of World Trade Organisation, their disapproval, especially under the dispensation of Donald Trump, might not be good for the organisation, pursuant to its influence in the world economy. Unquestionably, we can deduce that US as a country take above all the interest of its citizens in retrospect to economy and sustainable means of livelihood. Nigeria and other African countries should learn from this.