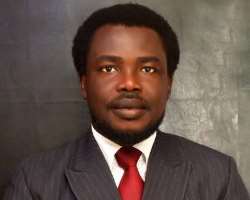 Today, Abiriba and Ohafia quarters
fell in the hands of soldiers,

we don't know whether to call them
peacemakers or peace-maimers.

Houses were touched, just as
humans have been lost since

they started the occupation of
peacekeeping or peacekickers in town.

Single word can't cover the broken emotions,
in a land where language is patriarchal.

People watch the language of gun in Oyigbo
that can't be captured with the mind.

The heart is reading a book with title:
Recklessness, with dangerous faults

written by soldiers. This is hurtful policies,
with cruelty and domination.

This is not a magic splash. Oyigbo
is shot at and captured in fear.

Even in the abodes, you don't know
who will breathe last by the soldiers' pellets.