...Commends President for Appointing a Competent Ijaw son to oversee Programme
By The Nigeria Voicee 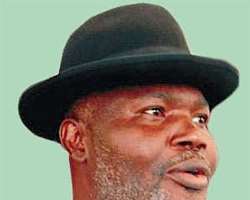 Evah a former National Publicity Secretary òf the Ijaw National Congress stressed that any society that is keen on making progress would give priority attention to available first class brains with superlative record of performance and competence to occupy sensitive offices in the interest of the society.

He stated that President Buhari retained the services of the Governor òf Central Bank, Mr Godwin Emefiele, and backed Dr Akinwunmi Adesina for the leadership òf the Africa Development Bank, and recently Dr Ngozi Okonjo-Iweala, for the position of the Director General òf the World Trade Organization even though they served under former President Goodluck Jonathan, in appreciation of the pertinence òf engaging first class brains for national development irrespective of party affiliation.

He also called on the Interim Administrator of the PAP to take a cue from President Buhari by making it a policy to go for first class brains with proven capacity to do the job in the interest of the region and Nigeria.

The former Publicity Secretary òf the Ijaw National Congress said that those who call for the engagement of only APC members do not mean well for the region and the country.

He commended President Muhammadu Buhari, for the appointment of Col Milland Dikio, (retd), as the Interim Administrator òf the Presidential Amnesty Programme.

Comrade Evah advised the President to ignore those he described as mischief makers and political jobbers who are desperately struggling to taint the image of the new Amnesty boss with unacceptable political sentiments inimical to peace in the region.

He said that it was a good development the President and the NSA who appointed Col Dikio are aware of the systemic rot in the Amnesty Office and the web of corruption existing between operatives of the office and some persons outside the office over the years.

Evah noted that the President was right to have appointed Dikio, a disciplined retired military officer, reputed for his integrity and high level of competence and attention for details.

He urged the President and the Office òf the NSA to give free hand to the new Amnesty Boss to select his team of competent and trusted Nigerians with the right contact to assist him in wresting the office from the talons òf greed and corruption.

He explained that a reformer no matter how gifted, dedicated and strong will not be able to achieve much if he does have the freedom to do the right thing.

The IMG President therefore urged the President to ensure that Dikio is allowed to engage the services of all competent Ijaw sons, Niger Deltans and Nigerians to fit into appropriate roles irrespective of political leanings in the Amnesty Office.

He also called on Col Dikio be focused and be prepared to take the tough decision in the mission to rewrite the story of rot in the Amnesty Office in the interest of peace and stability in the Niger Delta.

He said, “I must commend President Muhammadu Buhari and the NSA, Maj. Gen. Babagana Monguno for appointing Col Milland Dikio, a Niger Delta don, as the Head of the Amnesty Office.

“While I will urge the President and the Office of the NSA which oversees the Amnesty Office to give him the freehand to change the sad story of Office, I advise Col Dikio to be wary of political jobbers and their mischievous antics.

“The Amnesty Office is not a party office; it is a Federal Government office where any competent Niger Delta person whose services are needed should work.

“I urge him to make the Ijaw nation proud by doing the right things in accordance with expectations no matter what happens. We are watching.” He said